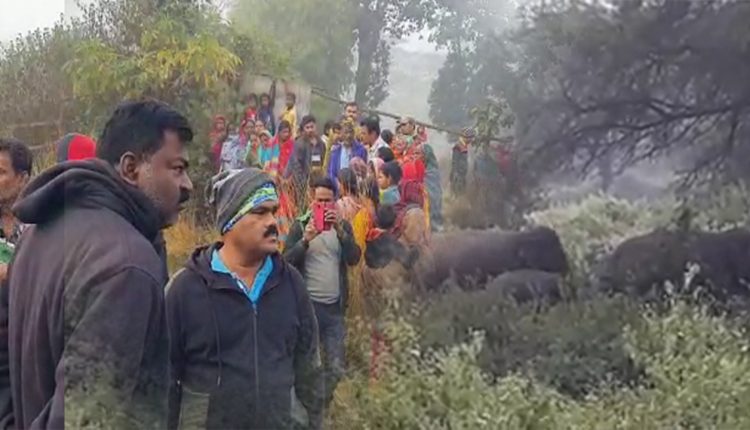 Dhenkanal: In unabated man-animal conflict, two persons were reportedly trampled to death by a wild elephant in Parjang area of Odisha’s Dhenkanal district on Saturday.

The deceased were identified as Alekh Nayak of Khalapal and Bari Nayak of nearby Gandataila village. The incidents occurred in Mahabiroad forest range under Dhenkanal division.

According to sources, Alekh Nayak had gone to a field near his house in the early hours when he was attacked and killed by the wild pachyderm.

Subsequently, the elephant attacked Bari Nayak when she had gone to the backyard of her house early in the morning. She was unable to spot the jumbo as dense fog had engulfed the area.

The incidents have triggered panic among the villagers in the area where jumbo attacks have been taking place frequently. As elephant movement is seen in the area quite frequently, the villagers said they had urged the forest officials to take steps for keeping the animals away.

On being informed, forest department officials visited the spots and recovered the bodies. Efforts are also on to monitor the movement of the elephant.

It may be noted here that an elephant had trampled four people to death in Angul earlier this month.