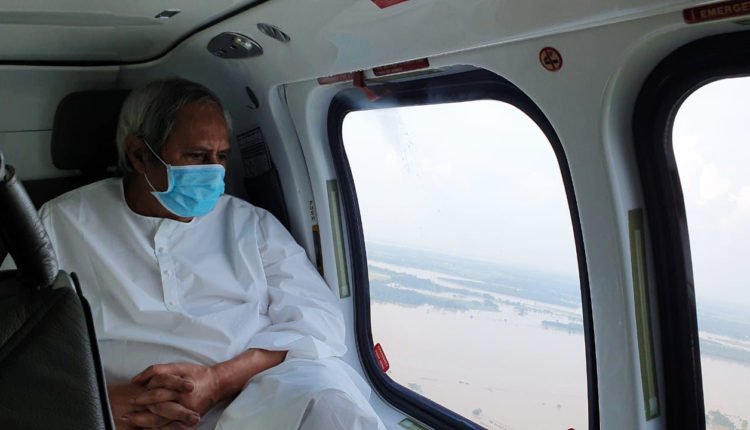 The very severe cyclonic storm made landfall near Bahanaga, 20 km south of Balasore, between 10.30 and 11.30 am with a maximum wind speed of 130-140 kmph on Wednesday, leaving a trail of destruction. Besides flattened houses, standing crops and flooded villages, the storm claimed two lives in Keonjhar and Balasore.

Special Relief Commissioner (SRC) PK Jena had told the media that seawater inundated several villages in Bahanaga and Remuna blocks in the Balasore district and Dhamra and Basudevpur in the Bhadrak district.

Chief Minister Naveen Patnaik has announced seven-day relief for all families of 128 marooned villages of the cyclone-affected districts.

Around 90 villages were marooned in the Balasore district alone with Balipala and Bhogria blocks bearing the maximum brunt of the storm apart from Bahanaga.

Thirty jetties at Talasari beach and 22 at Udaypur in Bhograi block suffered damage due to high tidal waves.

While heavy rain in the Similipal National Park in Mayurbhanj district sparked fears of a flash flood in the Budhabalang river, the water level in the river stood at 21 metre against the danger level of 27 metre by afternoon, the SRC added.

Also Read: ‘Yaas’, They Did It Again: Two Odias Who Led From The Front

Chandbali in Bhadrak district received the highest of 288.3 mm rainfall followed by Rajakanika in Kendrapada (251).

However, there was no major damage to power/telecom infrastructure.

The port town of Paradip, Bhubaneswar and Pilgrim Town Of Puri were spared.

34 More Succumb To COVID-19 In Odisha; 5 From Angul, 3 From Bhubaneswar