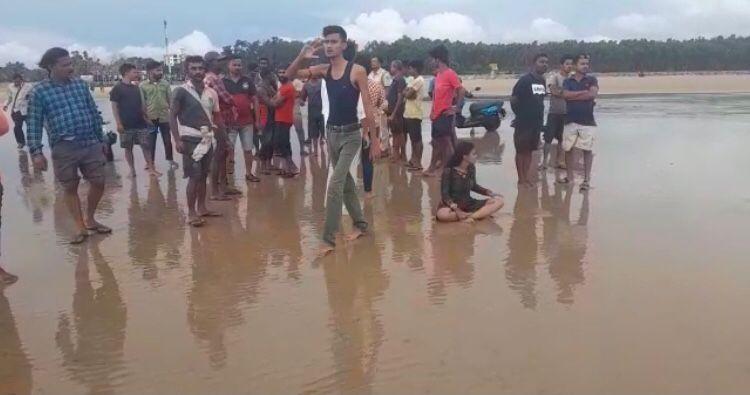 Balasore: Two tourists were reportedly swept away at Talasari beach under Bhograi police limits in Balasore district on Sunday. They belong to West Bengal.

According to sources, five friends from West Bengal were taking bath in the sea when two were swept away by the waves.

On being informed, Marine Police and Fire Department personnel reached the spot and started search operation.

They were yet to be traced till the filing of this report.