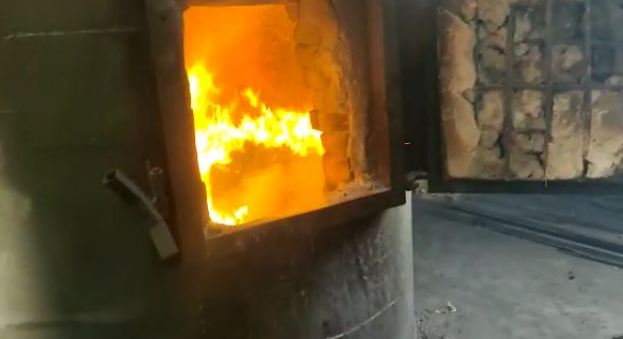 Bhubaneswar: The Odisha Police on Wednesday destroyed over 2242 kg of seized contraband ganja in Sheragada area of Ganjam district following all due procedures.

According to sources, 2242 kg and 300 grams of ganja was destroyed at a designated incinerator at Arakhapada as per the decision of the High Level Drug Disposal Committee.

The contraband ganja was seized from the possession of accused persons by R Udayagiri police of Gajapati district.

The seized drugs were first authenticated and certificated by concerned court and handed over to High Level Drug Disposal Committee for the disposal.

Till date Odisha Police has destroyed more than 240 quintals of ganja in 79 Cases and 12.92 kilograms of brown sugar in 10 cases.

Sources said around 4500 quintals of ganja and 104 kg of brown sugar were seized in the last three years and are piled up in various courts and police stations waiting for destruction. It is expected that most of the seized drugs will be destructed within in next 3 to 6 months.

Mamata Meets ‘Brother’ Stalin In Chennai; Was It Just A Courtesy Call?

Only 2% Indians Get Tap Water Fit For Drinking: Survey