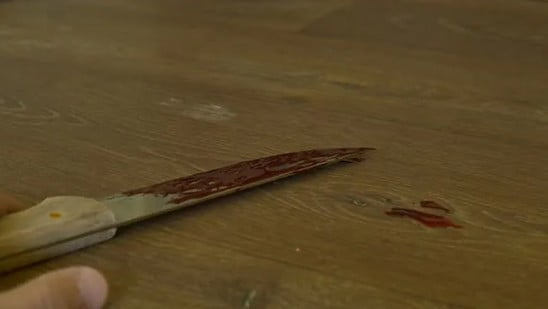 Bhopal: A 24-year-old man from Madhya Pradesh’s Rewa, who allegedly killed his mother by slitting her throat on Sunday, was arrested by police on Tuesday.

Police took possession of his mobile phone with which he shot the video of the murder of his 44-year-old mother Savitri Pandey, according to officials.

“A resident of Khatika village, Kripashankar Pandey, 46, the husband of deceased Savitri, informed Jawa police station on Sunday that someone had killed Savitri Pandey with a sharp-edged weapon and thrown her body in a nearby jungle on Sunday morning,” Rewa’s superintendent of police, Rakesh Singh, said.

According to Singh, police got to know during probe that Savitri lost her elder son a year ago and was shattered. She used to cry often and became unstable.

“Savitri’s younger son Dhirendra, who is jobless, started hating her mother as he thought his mother loved her elder son far more than she loved him. Dhirendra used to fight with his wife, mother and father too on trivial issues,” the SP said.

“Dhirendra had also threatened Savitri many a time that he would kill her. The accused’s father in his statement to the police raised suspicion that his son might have been involved in the murder,” Singh added.