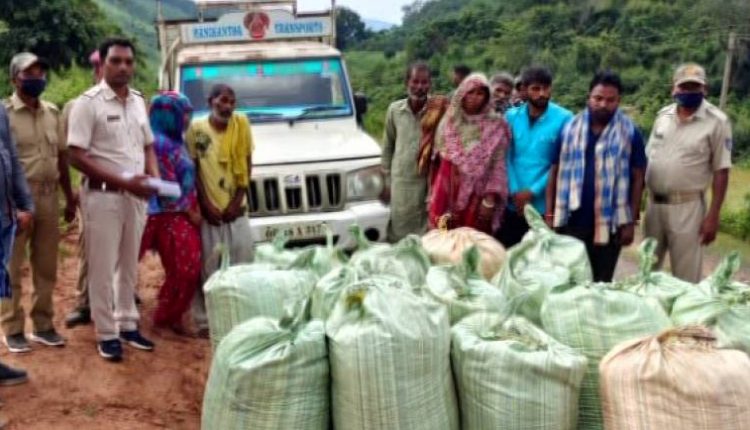 Gajapati: In a major crackdown on illegal contraband trading, police seized 21 quintal of ganja and arrested 26 persons, including seven women, at R Udayagiri in Mohana area of Odisha’s Gajapati district.

According to police sources, a special squad led by Gajapati SP raided different places in R Udayagiri following a tip-off and intercepted four vans, carrying the contraband, worth of Rs 1.5 crore.

The ganja was being smuggled to Haryana. Four of the arrested persons (drivers of the vehicles) belong to Padmapur in Rayagada while others are from Panjab and Haryana,.

“All the vehicles used in the transport of the smuggled goods have also been seized,” R Udayagiri SDPO Dilip Kumar Nayak informed.

Odisha Schools To Reopen Next Month? Teachers Asked To Take…