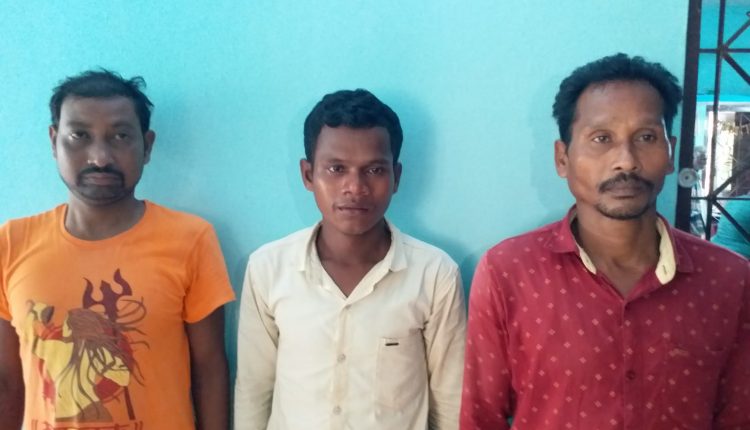 Speaking to media persons on the case on Tuesday, Berhampur SP Saravana Vivek said one of the accused Kaibalya Sabar alias Karji of Sunaribadi village had married in Palaspur village under Patrapur block of the district and was staying in his in-law’s house. He along with another accused Parasuram Sabar of the same village used to produce and sell country liquor.

Brindaban Jani used to oppose the activities of Karji and motivate the villagers to unitedly stop the sale of liquor. The day before his alleged murder, while Karji and Parasuram were selling the country liquor produced by them in the village, Brindaban told them to refrain for the illegal act.

Karji and Parasuram roped in Niranjan Sabar of the village and hatched a plan to eliminate Brindaban. On the night of August 17, when Brindaban had gone to his farm field to guard the crop against wild animals, the trio went there.

After Brindaban slept on a cot in the field, Parasurma hit him with a sharp weapon on his neck. As the head was severed from Brindaban’s body, the three accused disposed the body in Thakurani canal and threw the head in the farm field of another villager.

Brindaban’s wife Jema Sabar lodged a complaint at Jarada police station on August 20, alleging that her husband had been murdered. The police registered a case and launched investigation.

The SP said the three accused were arrested and forwarded to court on Tuesday.

How Polluting Agro Waste Can Be Minimised And Utilised