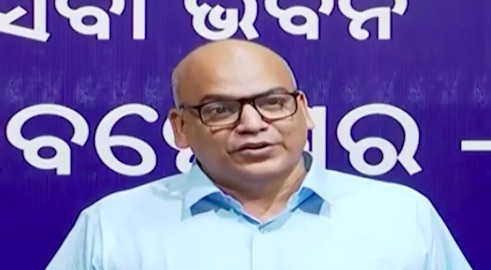 Bhubaneswar: Three persons were arrested with 400 gram of brown sugar during a special anti-drug enforcement drive under the banner of operation white spider from the outskirts of Bhubaneswar, Police Commissioner Soumendra Kumar Priyadarshi informed on Sunday.

The approximate value of the seized contraband would be around Rs 40 lakh, he said, adding that those arrested belong to Balasore district and were nabbed near Balianta on Saturday.

“We had specific information that peddlers are Jaleswar regularly travel to Bhubaneswar to sell brown sugar,” he said.

He identified those arrested as Sk Munna, Aftar Husaain, Ismail Khan. Besides brown sugar, two four-wheelers, a motorcycle, a scooty and two mobile phones were seized from them.

The Police Commissioner further said that raids are being conducted across Cuttack and Bhubaneswar to check drug peddling during the festive season. Those who take drugs are often found involved in criminal activities, he said urging denizens of the twin cities to provide drug-related information on the dedicated WhatsApp number 7077798111.

Last year, over 12 kg of brown sugar was seized under operation white spider, he added.