[Watch] Bhubaneswar DCP On Arrests In BJB Student Thrashing Case; What Led To The Fight 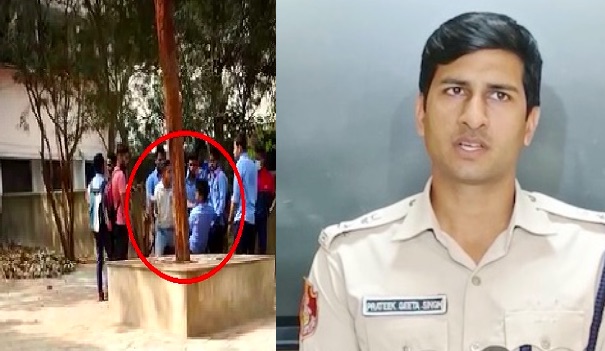 “The four were detained and later arrested after questioning. Three among them are minors and they will be produced before Juvenile Justice Board,” Bhubaneswar DCP Prateek Singh told the media.

He said that the action was taken on the basis of a complaint lodged by a female friend of the Plus II first-year Science student after the video of him being thrashed went viral on social media on Wednesday. “In the videos, the seniors were seen abusing and assaulting the boy on campus. Police reached the campus after getting information and approached the victims after conducting a preliminary inquiry,” he said.

The DCP further said the incident was related to the junior’s friendship with the complainant, which the seniors were against, and not a case of ragging. “The investigation revealed that the victim used to go to college with the complainant, who is his childhood friend. The accused stopped them while they were on their way to the class about 2 to 3 days back and asked him to stay away from her. When he did not pay heed to their warning, they assaulted him yesterday,” Singh said.

A case has been registered under Sections 341 (wrongful restraint), 294 (any obscene act in any public place), 323 (voluntarily causing hurt), 506 (criminal intimidation), 34 (acts done by several persons in furtherance of common intention) of the IPC at Badagad police station, he added.

5G Launched In Odisha; Things You Should Know