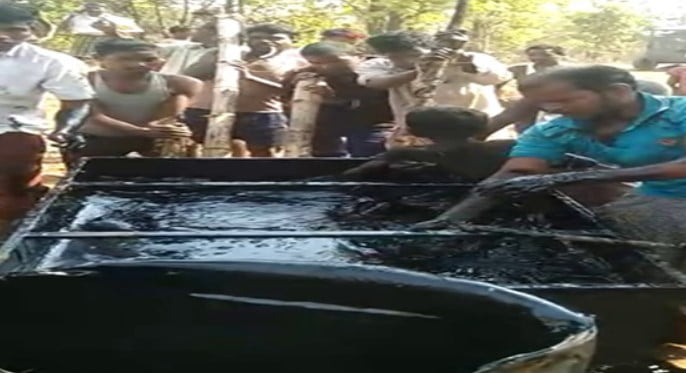 Keonjhar: For alleged negligence on the part of road construction contractor, three children fell into a molten tar container which was left open in the district on Sunday.

The incident took place at Kankana village under Bamebari police limits where the children were playing in the morning. The contractor and workers, engaged in road construction work in the village, had left the containers having molten tar open overnight.

Initially two children fell into the container accidentally. While trying to rescue them, another child also slipped into the molten tar, locals said.

As the villagers came to know about it, they rushed to the spot and pulled the children out with the help of kerosene with much difficulty. Since the tar had stuck to the bodies of the children, they were admitted to local hospital.

On the other hand, the villagers alleged that the container was not covered by the concerned contractor, for which the mishap took place.