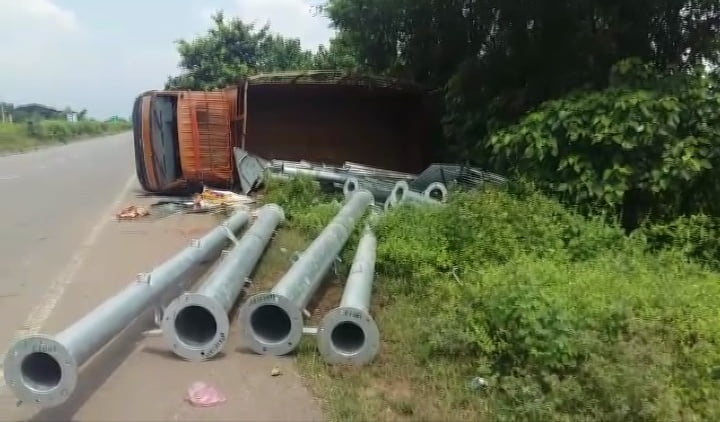 Bhubaneswar: Three labourers were killed while four others sustained critical injuries when a truck turned turtle on National Highway-16 near Naval Square in Khurda district in the early hours of Wednesday.

According to reports, the incident occurred around 2:30 am when the driver of the iron pipe-laden truck lost control over the vehicle while negotiating a turn.

All the seven persons, who were critically injured in the accident, were rushed to Balugaon hospital. While three among them succumbed to their injuries while undergoing treatment, four others were shifted to Capital Hospital in Bhubaneswar after their condition deteriorated.

The vehicle was heading towards Rayagada from Kolkata. Police suspect negligent driving to have lead to the accident.

25 arrested during raids on gambling den at Jeypore