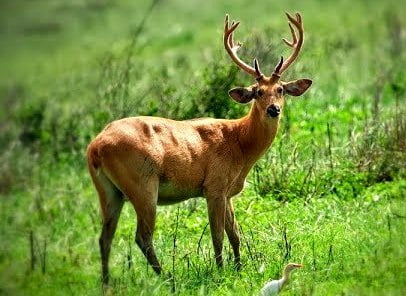 Jagatsinghpur: Three deer were killed after a goods train ran over them at Chhapolia under Raghunathpur area on Cuttak-Paradip railway track on Saturday night.

According to sources, the mishap took place, when three deer were crossing the railway tracks. They were going to eat Moong beans in a farmland at Dhalatangagad forest.

On being informed, Forest officials reached the spot and seized the carcass of deer.

The Forest Department officials buried the carcasses after performing postmortem.

An investigation into the matter is on.