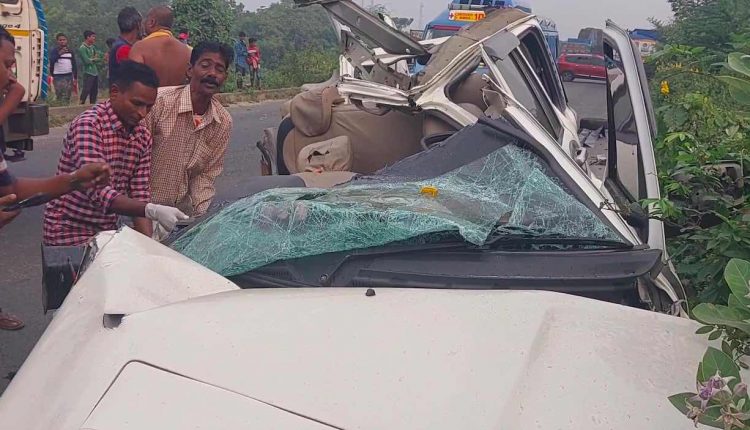 Balasore: Three persons died and four were critically injured in a series of accidents involving a tanker, an SUV and a car near Tarini Chhak on NH 16 under Simulia police limits in Odisha’s Balasore district on Monday morning.

Two of the deceased have been identified as Shankar Rao and his wife Parvati Rao.

According to sources, the victims were heading towards Puri from West Bengal in two vehicles when an oil tanker dashed against the SUV, which then hit the car between 6 am to 6.30 am. Three occupants of the SUV died under the impact of the collision, while four persons inside the car sustained critical injuries and were admitted to Soro Hospital for treatment.

The accident took place after the tyres of the tanker burst, onlookers said, adding that two people, including the driver of the SUV, died on the spot while the other succumbed at Soro hospital. They had to be dragged out of the mangled remains of the vehicle.

Following the mishap, vehicular movement on this stretch was affected for some time.