3 Of Family Killed In Road Accident In Odisha’s Boudh 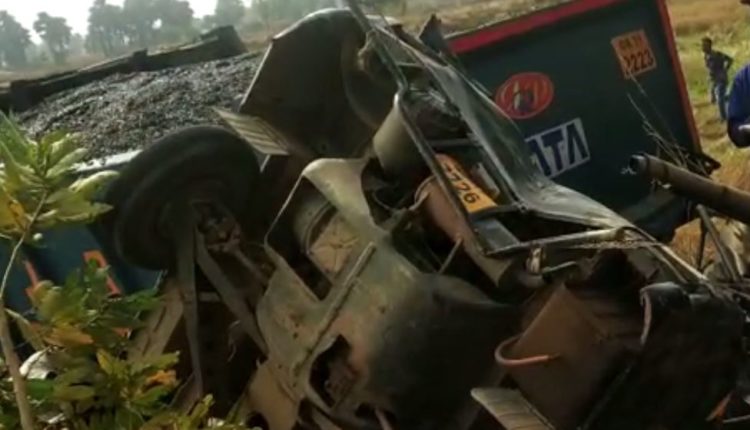 Boudh: Three persons were killed in a road accident near Gopalmal Chhak in Boudh district on Thursday morning.

According to sources, a dumper carrying coal tar overturned after hitting an auto-rickshaw on Mannmunda-Kantamal road.

A woman, her son and daughter, who were travelling in the auto-rickshaw, were killed on the spot while the driver was critically injured.

The dumper driver, however, managed to escape from the accident spot.