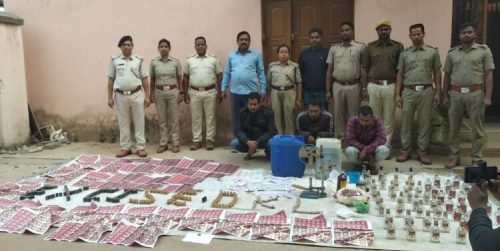 As per reports, a joint team of Excise officials of Kamakhyanagar, Parjang and Gandia conducted raid on the spurious liquor unit at Ektali village under Bhuban police limits on the order of the district collector Saroj Kumar Sethi on December 2 night.

The raid was conducted in presence of Dhenkanal Deputy Superintendent Sitarani Patnaik.

Majhi was elected as ZP member from Bhuban block zone 3 in the last panchayat elections. Dalei is a constable in Jakhapura police station in Jajpur district. While Majhi and Dalei belong to Ektali, Arabinda is from Mrudanga village.