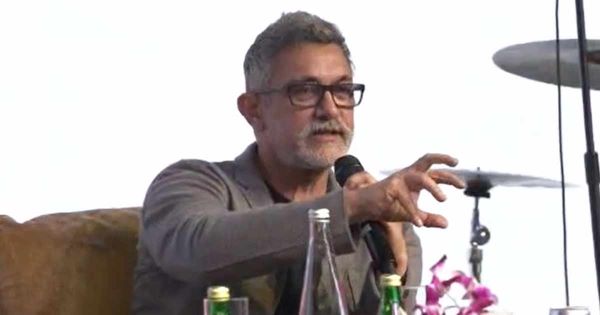 New Delhi: Bollywood star Aamir Khan is likely to put his acting prowess to the test again post the disaster of Laal Singh Chaddha but in a Tollywood movie. According to reports, the PK actor will next be seen playing the antagonist in KGF director Prashanth Neel’s upcoming project, tentatively titled ‘NTR 31.’ Aamir will be sharing screen space with Jr NTR in this highly anticipated film.

As per an IANS report, Prashanth Neel has been planning to rope in Aamir Khan for NTR 31. Although the makers of the film have approached Aamir for the role of a villain, he is yet to give it a thumbs up. If all goes as planned, then NTR 31 is reportedly scheduled to go on floors this year.

According to FilmiBeat, various fan pages of Jr NTR have been widely circulating the news on social media. The first-look poster of NTR 31, which was unveiled on the actor’s birthday on May 20, 2022, has already sparked enthusiasm among fans. The poster indicates that Jr NTR will be seen in a rugged avatar for the upcoming film.

“I am super excited about the film. Please don’t ask me about the genre of that movie because it’s far off at the moment”. The KGF director is currently busy with his next big-budget film ‘Salaar’. The upcoming action entertainer stars Prabhas in the lead role, alongside Prithviraj Sukumaran, Shruti Haasan, Madhu Guruswamy, and Easwari Rao in pivotal roles,” Prashanth Neel shared in an exclusive interview with Pinkvilla

Prashanth also revealed that 80 percent of the film’s shoot has been completed. Produced by Hombale Films, ‘Salaar’ is slated to hit the big screens on September 28 this year.