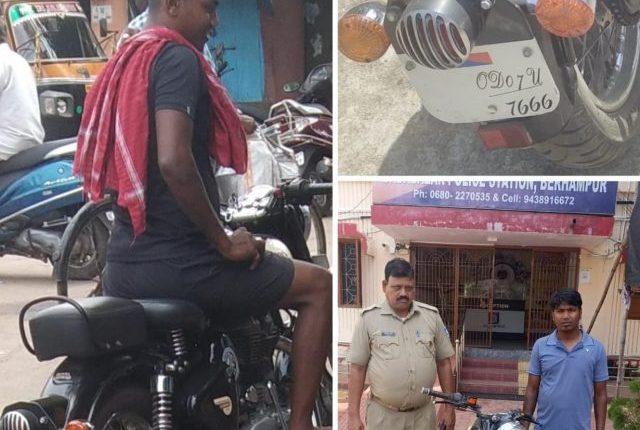 Berhampur: A 30-year-old, who had fixed a fake Odisha Police logo sticker on the number plate of his bike, was arrested in Berhampur city on Friday.

According to sources, Bada Bazaar Police received information about a person, identified as Surya Narayan Sahoo, who had been posing as a cop by put up an ‘Odisha Police’ logo sticker on the number plate of his bullet.

Sahoo is a resident of Kuthari Temple Sahi under Bada Bazaar police limits. He had affixed the sticker on the number plate of his bullet bike bearing registration number OD 07 U 7666.

Besides arresting him, police have also seized his bike, RC book and driving licence. A case has been filed under Section 196/177 of the Motor Vehicle Act.

Two From Odisha Among 21 Fake Universities; Check The UGC List