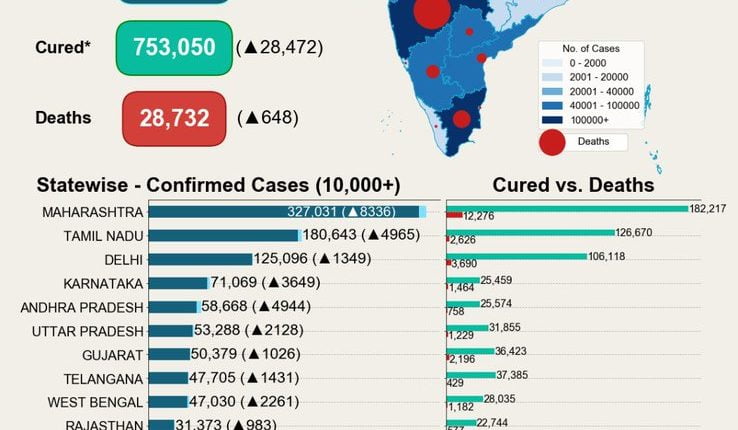 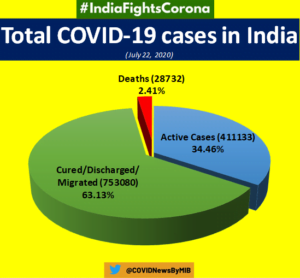 A total of 648 people lost their lives to the infection across the nation in the last 24 hours that took the country’s death toll to 28,732, the Union Health Ministry informed. 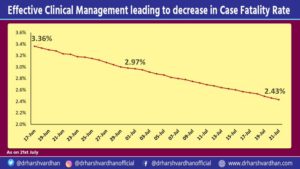 India’s case fatality rate continues to dip further to 2.43 per cent while national recovery rate improves to 62.72 per cent. On a positive note, the number of recovered cases (7,53,053) surpassed active cases by 3,41,920.

Sero-prevalence study in Delhi showed that a large number of infected persons remain asymptomatic. Of the assessed population, 20 per cent showed prevalence of COVID-19 in eight of the 11 districts. It further indicated that over 77 per cent were vulnerable to the virus.

Meanwhile, according to the media reports, in Mumbai, two private labs tested antibodies of nearly 10,000 people, and found that 24.3 per cent had antibodies against COVID. 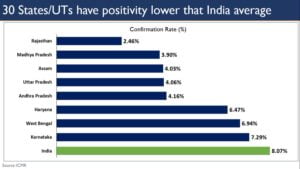 According to a PIB release, with a renewed focus on ‘Test, Trace & Treat’, testing has been ramped up leading to a continuously reducing positivity rate. India’s positivity rate is 8.07 per cent. There are 30 States/UTs which have lower positivity rate than the national average. 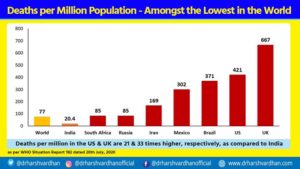