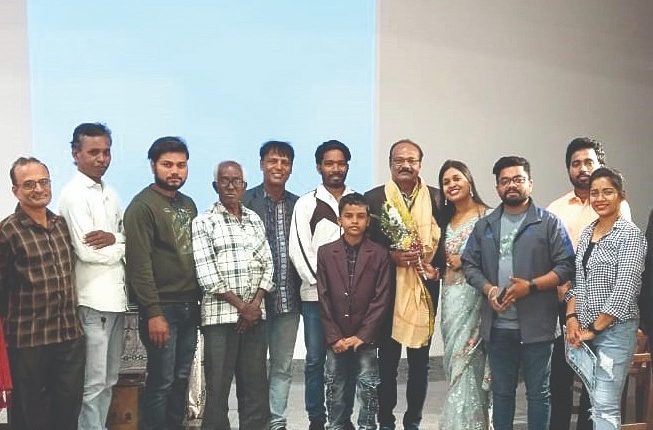 Berhampur: The documentary film ‘KK Rath,’ based on the life story of the famous cartoonist of Odisha late Kamala Kanta Rath who worked in the leading Odia daily ‘The Samaja’ won the best documentary award at the 3rd Berhampur Film Festival 2022 that kicked off in ‘Kavisurya Rangamancha’ at Ganjam Kala Parishad Berhampur on Thursday (November 24).

‘KK Rath’ has been produced by Delhi’s Nimisha Suryanshi and was at the centre of attraction in the festival.

The one-day festival was organised by the Berhampur Film Appreciation Club ‘Lakshya’ and ended with the screening of 32 films including three documentaries and 29 short films.

“These films were in four languages including Odia, English, Telugu and Hindi from Odisha and other states. We intended to invite films in four categories including animation, short, documentary and feature. But we had to reject some entries as they came late, said Chairman Manoj Kumar Samal.

“The festival showcased a variety of cinematic styles and cutting-edge work that is being done globally. We aim to establish a studio and digital lab in Berhampur and nourish local artists for films,” said Samal.