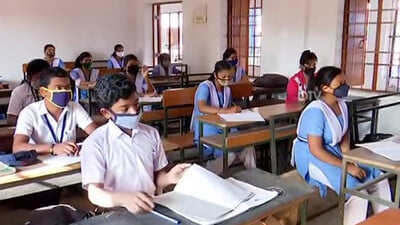 Bhubaneswar: As many as 26,342 candidates appeared at the second assessment test of Class X in Khurda district on first day of the examination on Friday.

According to state Board of Secondary Education (BSE), total 27,622 students had submitted filled up forms and were issued admit cards for the Matriculation examination as regular and ex-regular candidates.

Of those, who were issued admit cards, 1,298 students, accounting for 4.7% candidates, did not turn up for the examination.

In open school certificate examination, which also started on the day, 495 out of the total 591 candidates turned up for the test.

Mercury Crosses 40°C In Bhubaneswar Again; Thunderstorm Warning From May 1