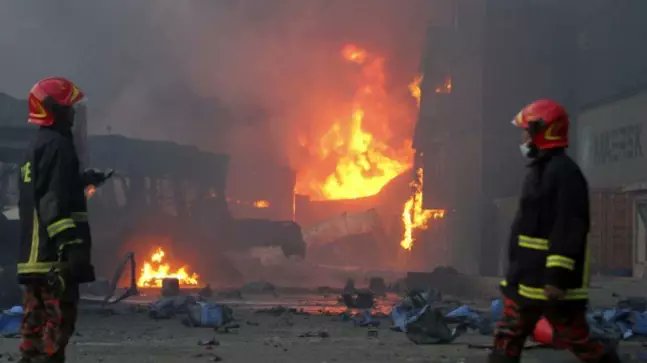 Dhaka: At least 43 people were killed and around 500 injured after a fire triggered a massive explosion and deadly blaze at an inland container depot (ICD) at Sitakunda, near Bangladesh’s main sea port Chittagong.

Fire Service units rushed to BM Container Depot where a fire broke out on Saturday night. As they tried to put out the fire, there was an explosion a few hours later after which the flames spread, a police officer said.

According to the chief of Health & Service Department at Red Crescent Youth Chittagong, the death toll may rise.

Initial reports suggest the container depot caught fire due to the presence of chemicals in one of the containers.

So powerful was the blast that it shook up the neighbourhood, shattered windows and damaged some houses in the vicinity.

Around 20 firefighting units worked overtime for hours to douse the flames, while six ambulances were sent to the spot to shift those critically injured.

One World, One Earth, One Bhubaneswar