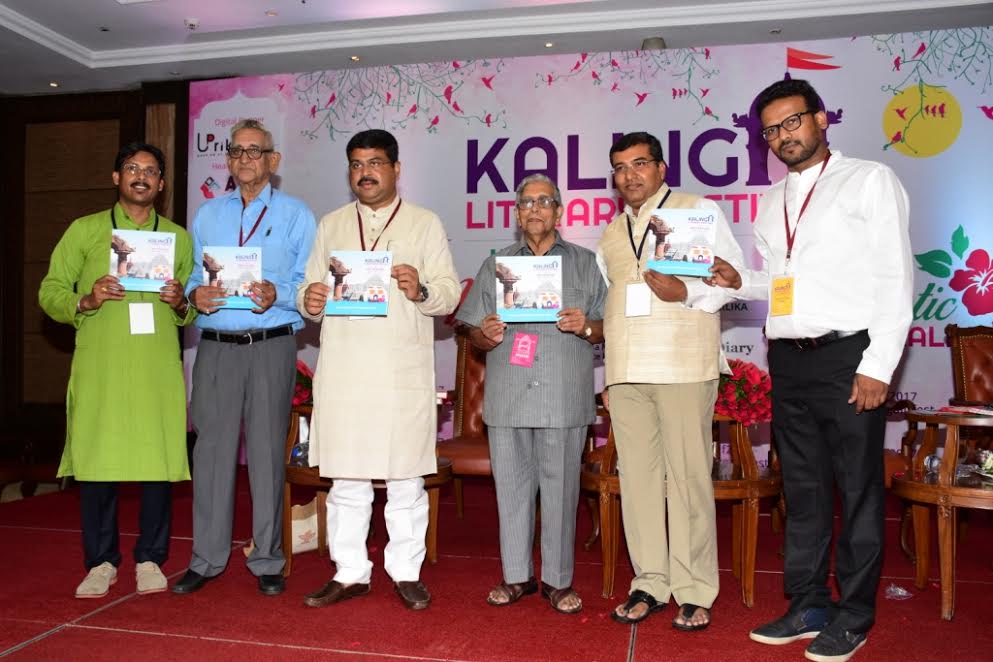 Bhubaneswar: The fourth edition of Kalinga Literary Festival kicked off here on Saturday. The three-day festival was inaugurated by Union Minister of Petroleum and Natural Gas Dharmendra Pradhan and eminent poets Sitakant Mahapatra and Ramakanta Rath.
Poet Haraprasad Das was conferred the Kalinga Literary Award for his contribution to the field of literature while Anand Neelkantan and Paramita Satpathy were felicitated with Kalinga International Literary Award and Kalinga Karubaki Award respectively.
The discussion on ‘Literature for Peace and Harmony’ moderated by Haraprasad Das was entreating. Speakers Bhalchandra Nemade, H S Shivprakash and Kedarnath Singh deliberated on the role of literature and whether a litterateur is like any other person.
Poet Sitakanta Mohapatra narrated his experience while in Harvard.
The session on conversation with Subas Pani was an imagery treat for lovers of Rath Yatra as he shared his experience as a keen observer of the chariot festival for last three decades.
More than 10 books were released on the day.