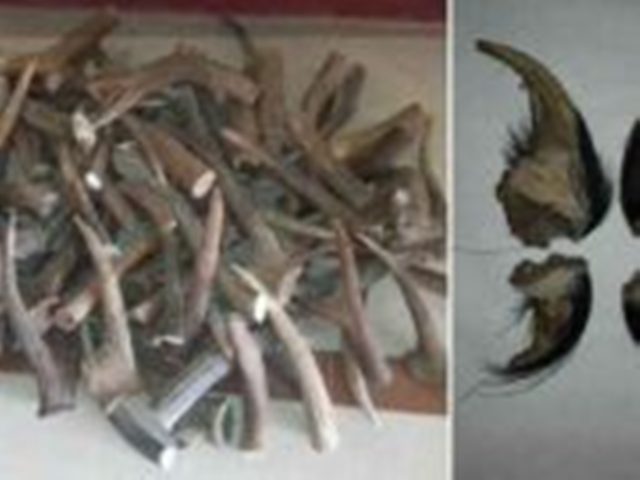 Bargarh: The Wildlife Control Bureau seized 80 pieces of Sambar deer horns, weighing 50 kg, and four beer nails and arrested a youth from Bhatali in Bargarh forest division late on Tuesday on charges of illegally transporting them.
The youth was identified as Sujit Bhoi of Goudapali village here.
According to reports, Bhoi had collected 15 Sambar deer horns and four beer nails from Debrigarh Wildlife Sanctuary. He later cut the horns into 80 pieces and was planning to transport these illegally to Chhattisgarh.
Further investigation is on to identify other persons involved in the racket, an official said.
Sambar deer is categorised highly endangered and comes under Schedule III of the Wildlife Protection Act 1972.

Police to launch special drive against habitual offenders before puja