50% Of Indians Don’t Do Even 150 Minutes Of Physical Activity Per Week! 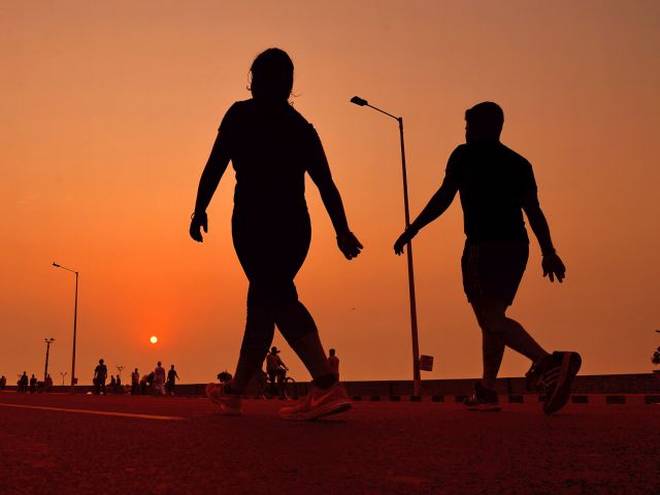 Given India’s high rate of incidence of coronary artery disease (CAD), diabetes and high death rate due to cardiovascular diseases, news that over 50 per cent of Indians do not meet the minimum physical activity recommended by the World Health Organisation (WHO) of at least 150 minutes per week of moderate-intensity physical activity doesn’t bode well.

According to Shivangi Bajpai, a doctoral student at the University of Massachusetts, Amherst Department of Kinesiology, US, “There is a lack of awareness about physical activity guidelines. Hence, simpler metrics such as counting steps can be useful to promote physical activity in India.”

Along with lead author Dr Amanda Paluch, Assistant Professor at the University of Massachusetts, she recently published a study titled Prospectiver Association Of Daily Steps with Cardiovascular Disease: A harmonized meta-analysis in the journal Circulation.

Taking fewer than the widely promoted “10 000 steps per day” has recently been associated with a lower risk of all-cause mortality. The relationship of steps and cardiovascular disease (CVD) risk remains poorly described. A meta-analysis examining the dose–response relationship between steps per day and CVD can help inform clinical and public health guidelines, reads the study.

The study suggests that people over 60 may significantly reduce their risk of cardiovascular disease (CVD) by walking between 6,000-9,000 steps per day. Researchers, who analysed data from over 20,000 people in the US and 42 other countries, found that compared to people who walked 2,000 steps per day, those walking between 6,000 and 9,000 steps daily had a reduced risk of cardiovascular disease, including heart attacks and strokes, by 40 per cent to 50 per cent.

According to Bajpai, some of the cultural and social problems in India can be attributed to the decline in physical activity post-retirement. “Walking to work and at work constitute a major part of physical activity patterns among working Indians which needs to be replaced by other recreational physical activities after retirement. Retirement may lead to social isolation, loss of sense of purpose, and decline in physical and mental health. Therefore, this could be a critical time to intervene and help them integrate different ways to be sufficiently active.”

Although the trend is changing, most Indian households have defined gender roles, where household responsibilities still fall on women. This provides women with very little time to engage in recreational physical activity. There is also a misconception among Indian women that they engage in sufficient physical activities through their household chores. While this could be true to some extent, steps such as physical activity metrics through the wearable device could help them monitor their daily activity and help them develop self-awareness, the researcher said.

Monitoring steps can also help adults with existing chronic illnesses. People with existing conditions may find it easier to set a step target for themselves and work on slowly increasing their daily steps to prevent further health decline. Dr Paluch also noted that the study findings of the associations of steps per day with cardiovascular diseases were much stronger in older adults than younger adults. “CVD is a disease of ageing and often doesn’t occur until we are at older ages. In our study, we considered CVD a diagnosis of stroke, heart failure, or heart attack and these conditions are much less likely to occur at younger ages. For younger adults, being physically active benefits many of the precursors of cardiovascular disease, such as high blood pressure, obesity, and Type 2 diabetes. These conditions are more likely to develop in younger adults and are important for early prevention of cardiovascular disease,” Dr Paluch said.