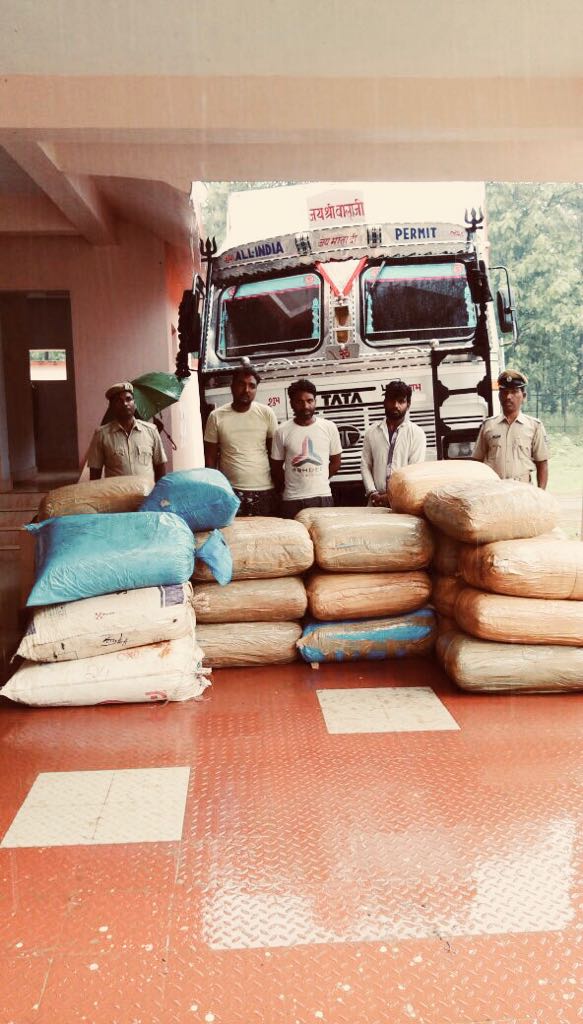 Malkangiri: Police on Sunday seized around 500 kg of ganja in Malkangiri district and arrested three persons for allegedly possessing the banned substance.

Acting on a tip-off regarding ganja smuggling, a team of police intercepted a container truck at Chitrakonda area. Oon searching the vehicle, the cops found the ganja stashed in packets.

The ganja was reportedly being smuggled to Haryana from Andhra Pradesh via Chitrakonda.

In a similar seizure, on July 5, two persons were arrested on charges of smuggling ganja weighing 123 kg in a fake ambulance at Govindapalli Chhak in the district.

The cops found the banned substance packed in packets that were wrapped in a white cloth to pass it off as a dead body.