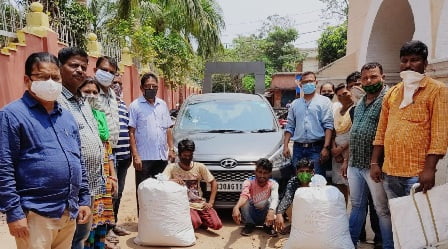 Cuttack: The intelligence wing of Central Excise seized 51 kg of ganja from a vehicle and arrested three persons.

Acting on a tip-off, the Excise officials intercepted a vehicle near Gopalpur on the outskirts of the city and seized the narcotics.

The three arrested persons are Wasim Hassan, CK Mustaqim and SK Menon all from West Bengal. They were later forwarded to court.

The accused during interrogation said they were carrying the ganja from Odisha to West Bengal.

COVID-19 Vaccination At Workplace From April 11

Ganja Worth Over Rs 1 Crore Seized In Odisha’s Koraput