5291 Forest Fires In A Week ‘Choke’ Odisha Wildlife; The Highest In The Country 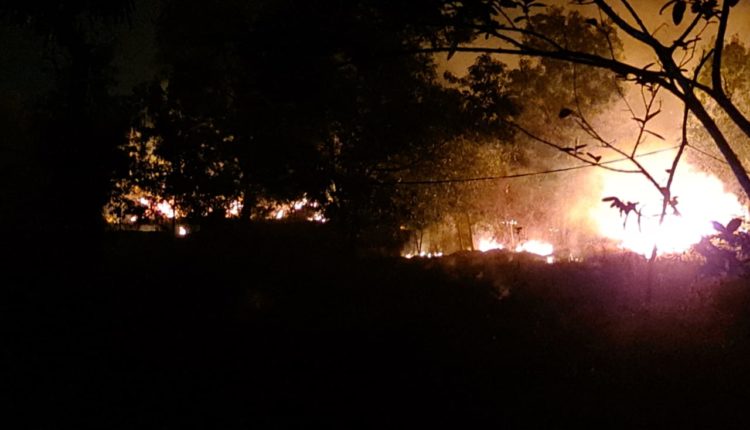 Bhubaneswar: This has been a season of fire for Odisha’s forests. As the mercury soared past 40 degree Celsius, 5,291 forest fires were spotted in the state between February 22 and March 1, the highest in the entire country, if the alerts issued by the Forest Survey of India (FSI) are anything to go by.

According to reports, the fire has already spread to Betanoti, Rasgobindpur and Morada forest range of the sanctuary.

However, Princess of Mayurbhanj Akshita M. Bhanj Deo was the first to post a message on social media about the devastating fire in Asia’s second-largest biosphere.

Mayurbhanj had devastating forest fires this past week, a week ago close to 50kg of ivory was found, a few months ago local youth reported on sand/timber mafias in Simlipal. Apart from a few state media, NO national media is covering Asia’s 2nd largest biosphere burning #simlipal

Wildfires have become a cause of concern for Odisha, which has witnessed 7,188 of them since the beginning of the forest fire season in November. The 5,291 forest fires between February 22 and March 1 has put Odisha at the top among all states.

All fire points in forests are communicated by FSI, Dehradun, through satellites.

On Monday, fire engulfed large tracts of Charigharia forest under the Dalijoda range in the Cuttack forest division while a man-made fire has been raging in Similipal forests since February 9.

A retired forest officer attributed these fires to the collection of mahua flowers and kendu leaves by tribals during which they burn dry leaves, the practice of shifting cultivation and grazing in forest areas.

Baliguda forest division has started the ‘Ring and Strip’ method to manage forest fires. Forest department officials of STR have also formed a squad for each of the 21 ranges across five divisions – North and South STR (Wildlife) besides Baripada, Rairangpur and Karanjia (Territorial), a report in Down to Earth said.

This Is Why Archita Kept Sabyasachi Waiting At Wedding! Ollywood Newlyweds Banter Is Melting Hearts