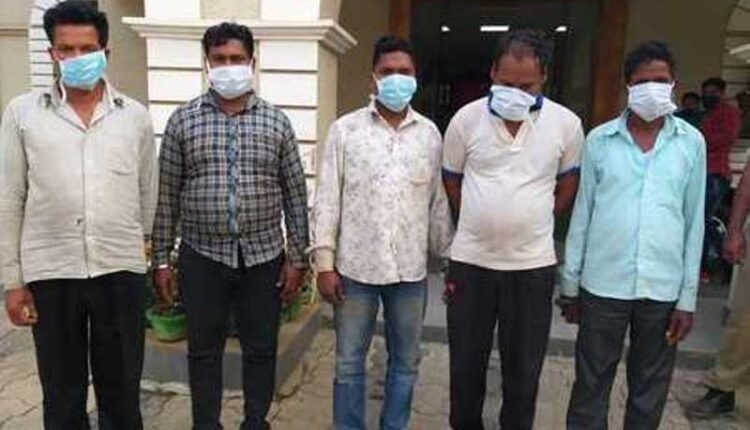 Cuttack: Police on Saturday arrested six persons in connection with a land fraud case at Choudwar in the district.

The arrested persons have been identified as Arun Behera (30), Pramod Samal (32), Ranjan Samal (43), Binod Samal (50), Pradip Kumar Jena (46), and Raj Kumar Bhoi (36). The police have also seized a pistol, one bullet and land related document from their possession.

According to the police complaint filed by a fraud victim, Satish Kumar Mohanty of Jayanta Nagar area in Choudwar, the arrested persons had sold a plot of land in Choudwar to him. Satish gave Rs 1.4 lakh to one of them in two instalments and started construction of his house on the plot.

Later, he came to know that the land belongs to government and requested the accused persons to return his money. Instead of returning the amount, they threatened to kill him.

Apprehending threat to his life, Satish filed a complaint in Choudwar police station. Acting on the complaint, a police team led by IIC Biranchi Pati conducted raids at different places of Choudwar and arrested the accused persons.

Five among them were forwarded to court. As one accused person tested positive for COVID-19, police sent him to isolation centre, said sources.