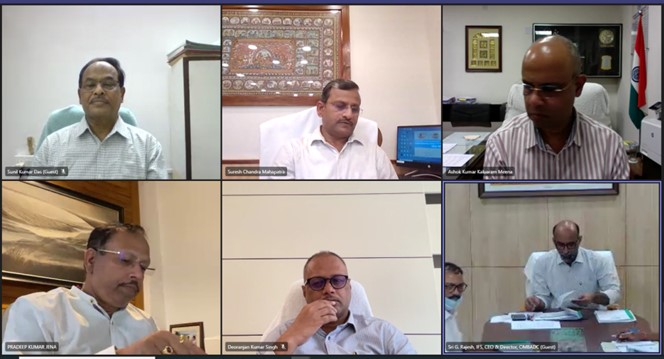 Bhubaneswar: Six new projects with an estimated investment of Rs 1,752 crore were approved at the Board of Directors meeting of the Odisha Mineral Areas Development Corporation (OMBADC) on Wednesday.

It was revealed at the meeting that cent per cent of the housing, drinking water and social forestry projects sanctioned during first phase from ad-hoc CAMPA have been completed and commissioned.

Additional chief secretary, Forest and Environment Satyabrata Sahu outlined the issues and Chief Executive Officer (CEO) G Rajesh presented the updates along with new project proposals for discussion. Rajesh said Rs 869.42 crore was received from ad-hoc CAMPA. “As of now, all projects funded by Ad-Hoc CAMPA under housing, drinking water and social forestry have been completed, while more than 80% achievement accomplished in the Skill Development project,” he said.

Review showed that under compensation money funds, the OMBADC had fund of Rs 19823 crore including the interest. Against this, the Board had earlier approved 47 need-based projects proposed by 16 departments amounting to Rs 15870.50 crore.

The following projects were approved at the meeting: