Cuttack: The Millenium City has 773 active cases and 641 among them have been detected in the last one week, informed Cuttack Municipal Corporation Commissioner, Ananya Das on Sunday.

She said that 46 per cent of these cases have been reported from the containment zone and 33 per cent from home quarantine, while only 7 per cent are local contact zones. 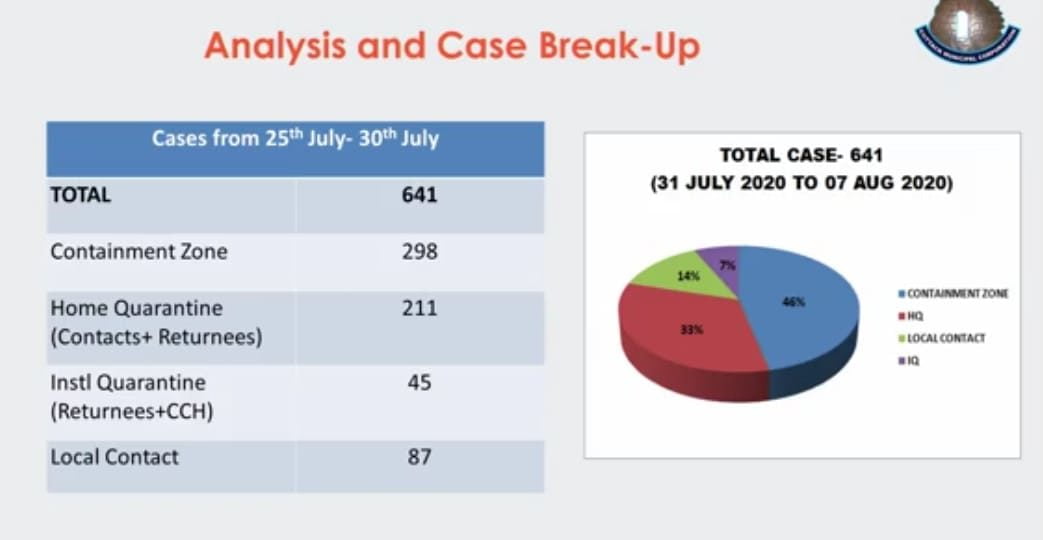 Elaborating on the Behera Sahi, Malgodown, containment zone, she said that the restrictions have been extended to Telugu Sahi and Jalua Sahi.

“The first case was detected from Behera Sahi on July 23. Following which, wide-range testing was carried out and a high positivity rate was found in the area. Positive cases were also detected in the buffer zone. After studying the distribution of cases, the restrictions were extended to Telugu Sahi and Jalua Sahi,” she said.

Intensive tracing, testing and isolation are being done in these areas, she added. 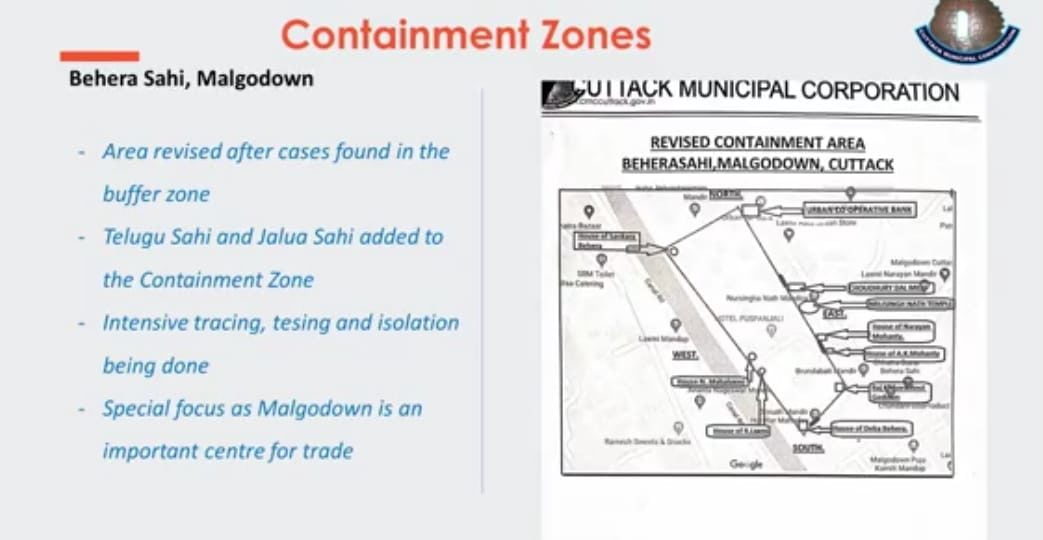 “Malgodown is of economical importance. Therefore, extra care is being taken and a wider range of testing is being done there,” Das said.

She further said that 280 positive cases have been detected in Behera Sahi, 81 in Telugu Sahi and 43 in Jalua Sahi. 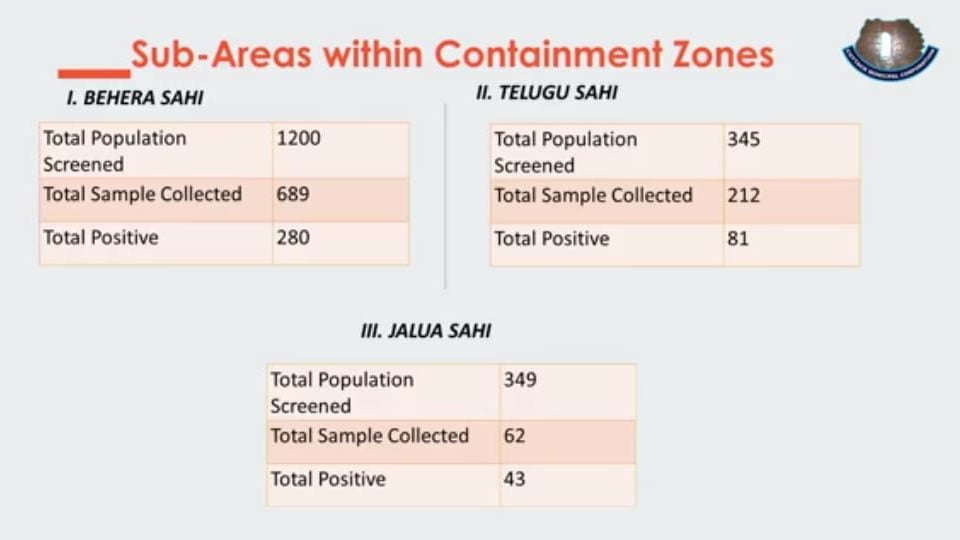 “Screening has almost been completed in Behera Sahi and we are now increasing testing and active surveillance in the other two areas. The samples collected from Behera Sahi yesterday tested negative. We will be conducting one more round of tests there after two days,” she said. 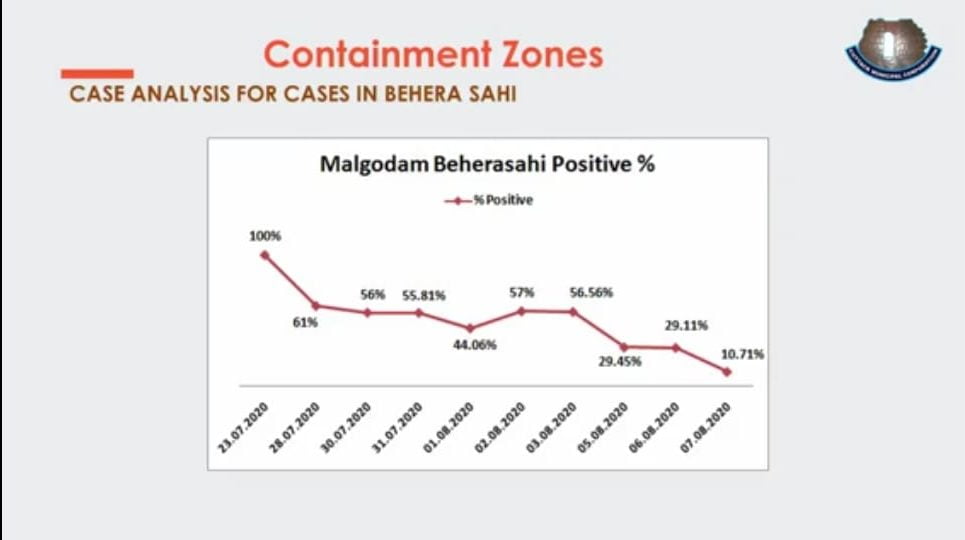 The commissioner said that Behera Sahi was an interesting case study. “We observed a drop in positivity rate when a vulnerable cluster was contained and positive cases were segregated after rigorous testing. It was an important learning for us. We will be following the same in the other two areas,” she said.

She further informed about Wednesday shutdown, besides the weekend shutdown, in Malgodown, while referring to the August 5 CMC order. 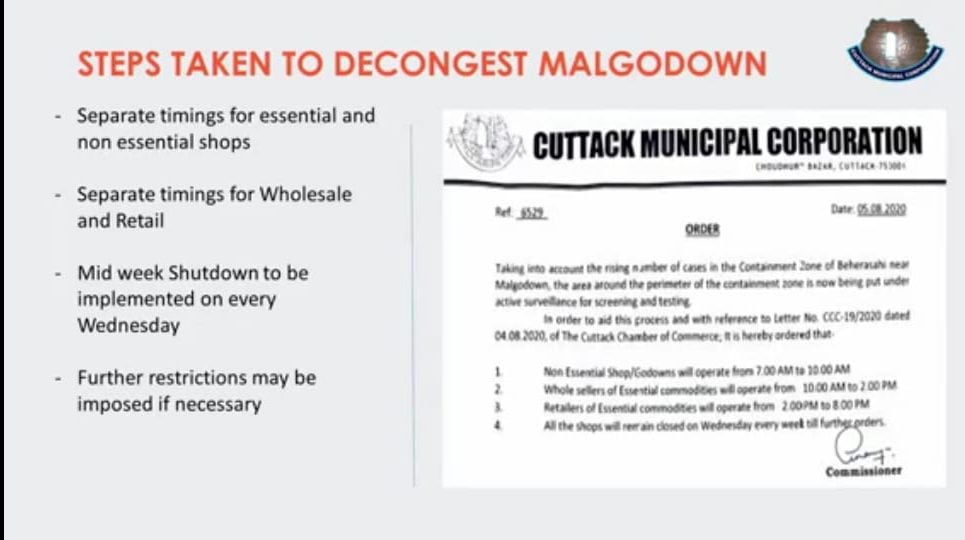 “We will enforce further restrictions if needed,” she added.

Das advised people to avoid Malgodown for retail buying. “Most of the cases detected here are asymptomatic. We have readied COVID Care Centres with 1235 capacity for them,” she said. 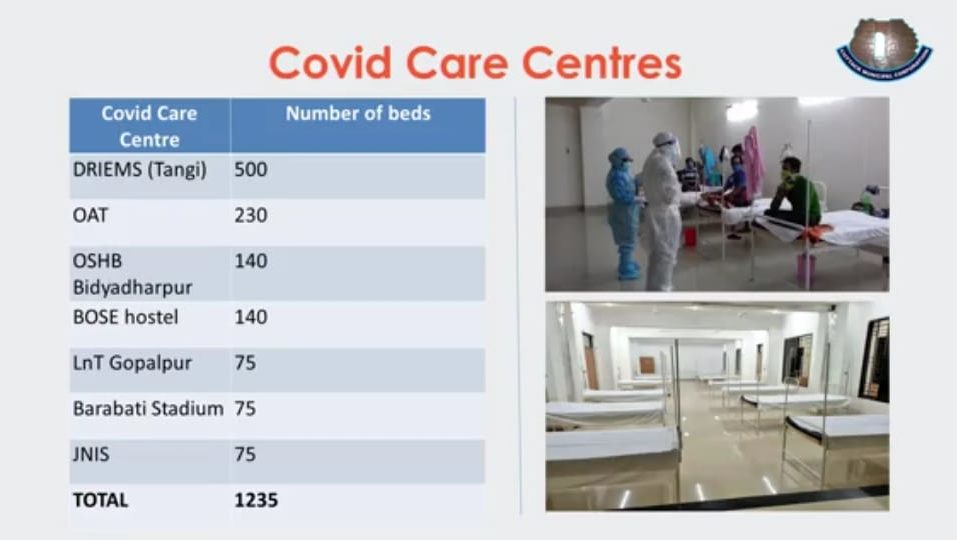 She said 97 patients are in home isolation and they are being monitored through ward-level committees. “They give an undertaking to the ward officer to abide by the rules and regulation. Their medical needs are addressed through PHCs. They are also provided with a home isolation kit with medicines and prescriptions for adults and children. We are also trying to stay in touch with them through ASHA and Anganwadi workers,” she said.

Testing has been increased by scaling it up at PHCs, especially for the elderly and pregnant women. “Active surveillance is being carried out in slum and high breakout areas,” she said. 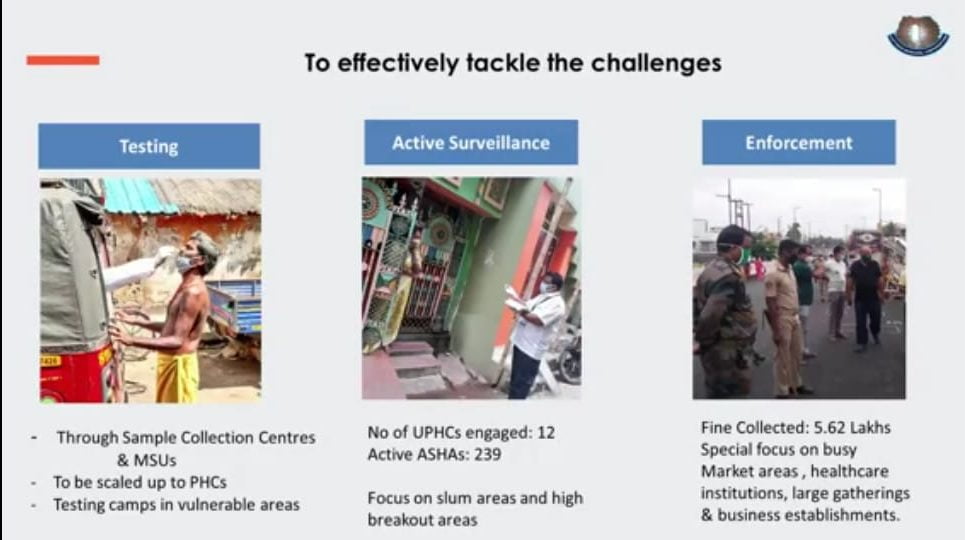 Psychosocial counselling is being organised twice a week (Tuesday and Friday) for COVID-19 patients in and collaboration with SCB Mental Health institute, NIMHANS and UNDP, she said.