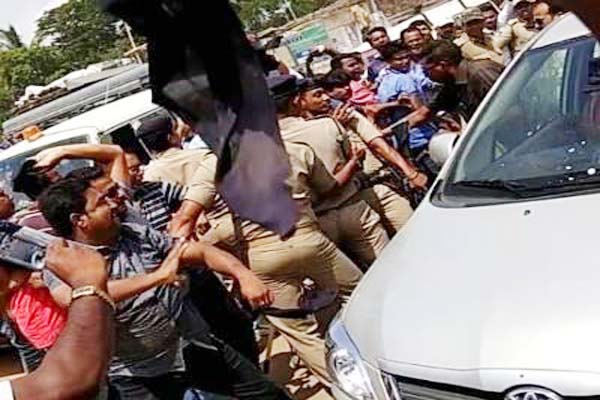 Sundargarh: The BJP has decided to observe seven-hour bandh in Sundargarh district on Friday to protest against the egg attack on Union Tribal Affairs Minister Jual Oram.
“The party will organise rallies, demonstrations and protest meetings in different parts of the district between 7 am and 1 pm tomorrow, demanding immediate arrest of those involved in the incident. They should be arrested under the SC/ST (Prevention of Atrocities Act) on the basis of the written complaint lodged at Aul police station by the party against 22 persons,” a senior party leader informed.
During the bandh, all the shops, markets and business establishments will remain shut. However, health and banking services will be exempted from the purview of the strike, he added.
A group of the BJD activists had allegedly hurled eggs at Jual’s car at Aul Bazaar in Kendrapada district on Thursday while he was on his way to Rajkanika to attend ‘Sabka Saath Sabka Vikas’ programme.