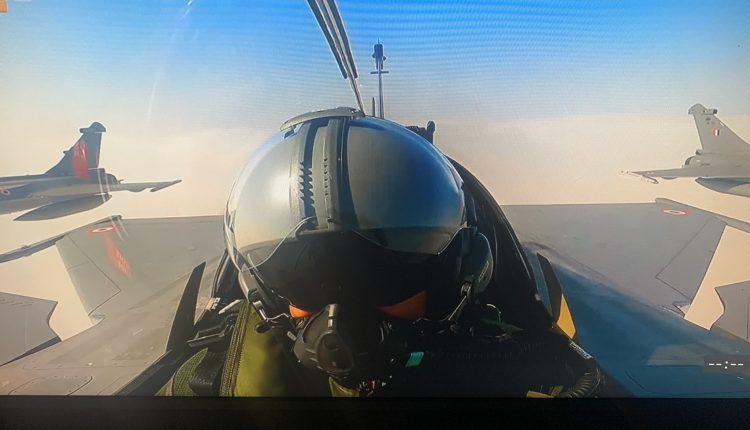 New Delhi: India’s Republic Day celebration has always been a major attraction for people across the globe for its magnificent parade, military might and cultural diversity at the Rajpath here. We bring you some of the firsts this Republic Day.

-The Parade kicked off a little later at 10.30 am, to ensure better visibility as Delhi is engulfed with fog on wintry mornings.

-Prime Minister paid his tributes at the National War Memorial as the eternal flame of Amar Jawan Jyoti has now been merged with the memorial.

– Cadets from the National Cadet Corps provided a “plaque of gratitude” to the next of kin of around 5000 soldiers who have made the supreme sacrifice for the nation, and have their names mentioned on the National War Memorial.

– 10 gigantic LED screens have been installed due to Omicron-led third wave.

-Dancers for the cultural programmes in the parade were selected through a nation-wide competition under the Vande Bharatam competition organised by the ministries of defence and culture. From over 3,800 participants 480 finalists were selected to perform

-The number of tableaux have been reduced this year. A total of 12 states and nine ministries or government departments were showcased in the parade, due to limited space and time.

– The stunning flypast by 75 aircraft from the three services captivated audience They will be paying tribute to 75th year of India’s independence. Live feed gave the audience a pilot’s view and cockpit’s view for the first time ever.

– The route of the marching contingent ended at National Stadium and not Red Fort, as in the past.

– A unique drone and laser show will take place at the annual Beating Retreat ceremony on January 29. The government has also dropped the ‘Abide with Me’ — usually played at the end of the ceremony — this year.

-Due to the pandemic, no foreign dignitary chief guest was at the Republic Day Parade No foreign contingent in view of the pandemic.

-The Rajpath featured 10 scrolls each of 75 metres prepared during the ‘Kala Kumbh’ event. The scrolls showcased stories of unsung heroes of freedom movement through the country’s rich traditional art forms

For the first time people in large were made a part of the Republic Day celebration by giving them a chance to vote for their favourite tableau and marching contingent. People had to register and vote at http://mygov.in/rd2022