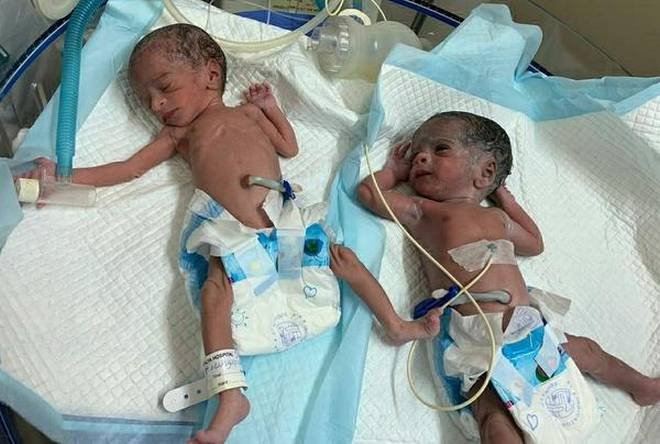 Hyderabad: A 74-year old woman gave birth to twin girls, conceived through in-vitro fertilisation, in Andhra Pradesh’s Guntur district on Thursday, with doctors saying that she may be the oldest Indian ever to bear children.

The previous oldest first-time mother was Daljinder Kaur of Punjab, who gave birth at the age of 70 in 2016.

Erramatti Mangayamma gave birth to the twins at Ahalya Hospital in Kothapet through Caesarian section around 10.30 am, Hindustan Times reported.

“The surgery went smoothly. Both mother and the infants are healthy and have no complications whatsoever. However, the mother has been taken to intensive care unit to come out of the stress she had undergone for the last few hours,” Dr Sanakayyala Umashankar, director of the hospital, told reporters.

Describing it as a rare case, Umashankar said Mangayamma had no problems in conceiving and delivering the babies even at her age because she had no medical complications like diabetes and hypertension.

“I don’t think she will have any major health issues in the post-delivery period. However, she cannot breast-feed the babies. But no worries as we can feed the babies with milk obtained from the milk bank,” he added.

Lenovo Is Back, Launches 3 Phones