8-Month-Old Baby, His Parents Among Four Indian-origin People Kidnapped In US 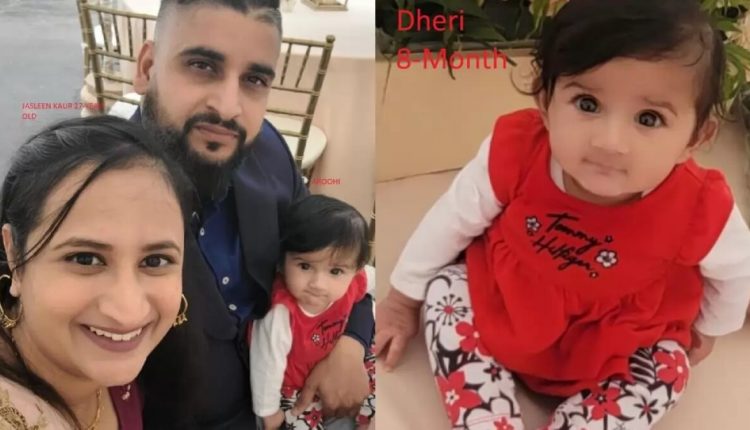 New Delhi: An eight-month-old baby and his Indian-origin family were among four people kidnapped from Merced County in California on Monday (local time).

According to a report by ABC 10, the victims have been identified as 36-year-old Jasdeep Singh, 27-year-old Jasleen Kaur, their eight-month-old child Aroohi Dheri, and their uncle 39-year-old Amandeep Singh.

The family was allegedly kidnapped by a man armed with weapons and prescribed danger. The family was taken “against their will from a business” on South Highway 59, a roadway lined with retailers and restaurants.

Officials have not revealed any name of a suspect as the investigation is still underway. However, they have asked the public not to approach the victim or the suspect at the moment, according to a statement by the sheriff’s office.

The sheriff’s office released images late Monday of a man with a shaved head wearing a hoodie and a surgical mask believed to be a suspect in the kidnapping.

A similar incident was reported in 2019, when an Indian-origin techie, Tushar Atre was found dead in his girlfriend’s car hours after the owner of a digital marketing company in the US was allegedly kidnapped from his posh California home.