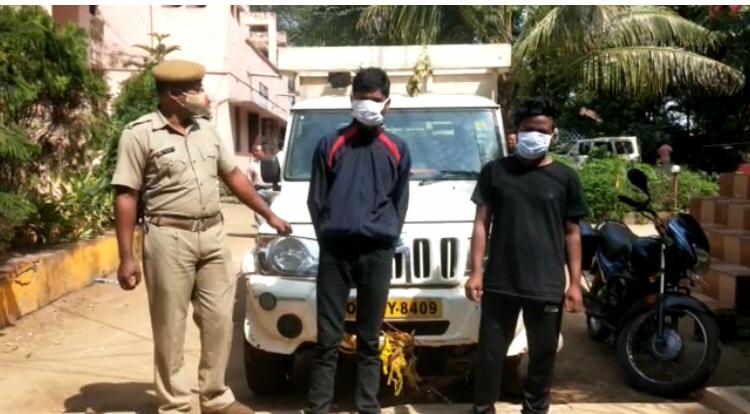 According to sources, under the direction of Jeypore SDPO Arup Abhishek Behera,

A police team led by Baipariguda police station IIC Iswara Tande intercepted the vehicle, which was on its way to Jeypore and seized 897 kg ganja. The market value of the contraband has been estimated to be around Rs 90 lakh.

“We have got information about the ganja being smuggled on this route. The police team intercepted the vehicle while patrolling. While two persons have been arrested, some managed to escape from the spot,” informed SDPO Arup Abhishek Behera during a press meet on Monday.