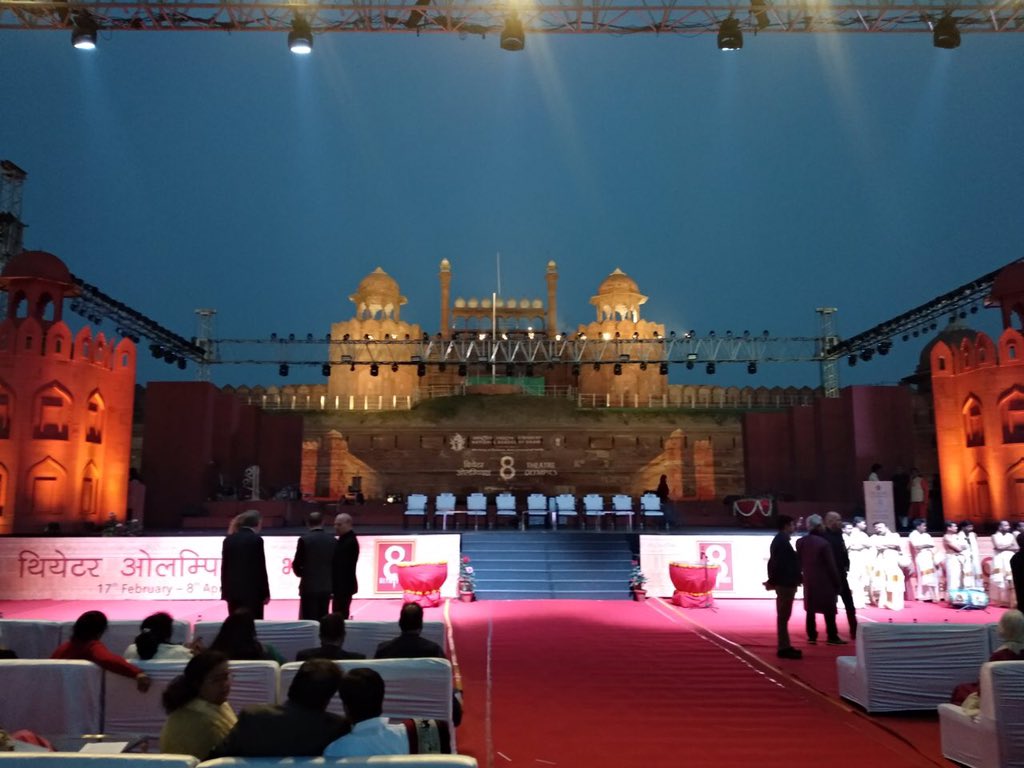 Fourteen plays will be staged at Ravindra Mandap, Bhanja Kala Mandap, and CSIR from February 24 to March 10, 2018, presenting international, regional, and English plays. Over the fortnight, theatre lovers in the city can watch three plays each in invited and international categories, apart from eight plays from different parts of the country.

“Art has been the earliest form of communication and nothing gives an artist more delight than performing in front of an audience that appreciates art, no matter from which part of the world they come. In a way, theatre is a great equaliser and unites people of multiple cultures and traditions under one umbrella. We are extremely proud to bring the world’s largest theatre festival to India,” said Acting Chairman of National School of Drama Society Arjun Deo Charan.

“For the past three years we had the dream to bring Theatre Olympics to India. The dream that we had seen has come true. Since we began to envision and achieve this feat, Dr. Mahesh Sharma and the Ministry of Culture have extended wholehearted support to the idea and have played an instrumental role in making it a reality,” said Director, National School of Drama, Prof Waman Kendre. “Throughout centuries we have seen playwrights like Shakespeare and Bertolt Brecht becoming a part of Indian theatre. Despite having our own extraordinary playwrights and theatrical figures, we are still to make similar impact. This is a huge leap in that direction of putting Indian theatre on the world map. We should be proud of our theatre legacy that is more than 2500 years old,” he added.