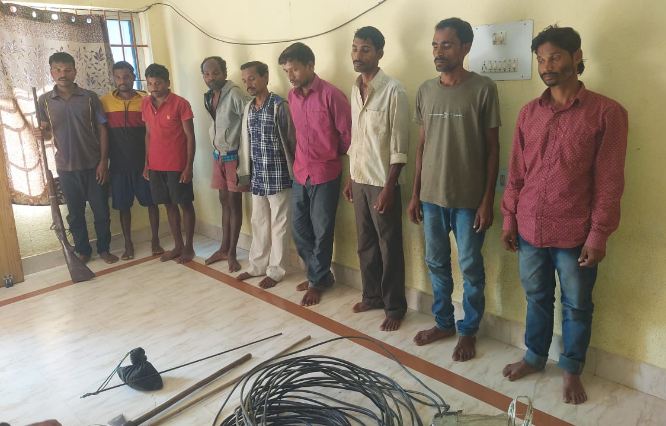 Deogarh: Nine people were arrested on Saturday for alleged involvement in the death of a man who was electrocuted after coming in contact with a live wire laid out for wild animals in Reamal area of Odisha’s Deogarh district.

The man, identified as Deba Sahu (50) of the same village, had died on Monday and his son lodged a complaint with the local police the next day.

During investigation, the police found that 10 poachers had laid out the live electric wire in order to hunt wild animals. The poachers were active in Nisabira and adjoining villages.

Acting on an information that the accused were hiding in a nearby forest, a police team raided the area and apprehended them, police said.

A country made gun, sharp weapons, 500 metre electric wire, 200 metre aluminium wire, bamboo stick to hook the wire  and some other materials were seized from their possession, they added.