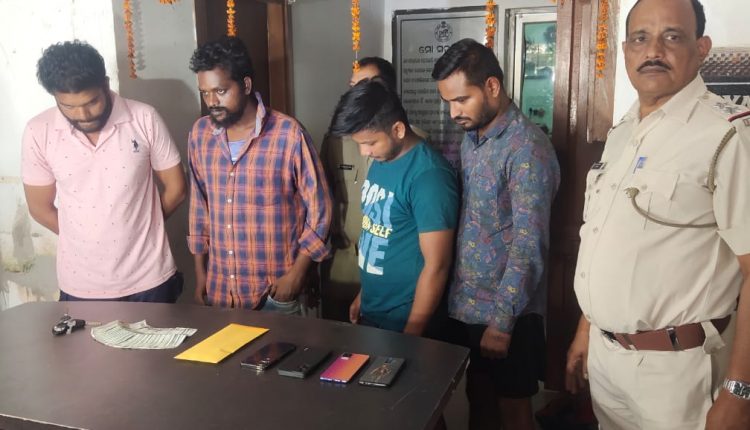 Bhubaneswar: Four persons were arrested with 100 grams of brown sugar during a special anti-drug enforcement drive under the banner of ‘operation white spider’ in Bhubaneswar on Saturday.

The arrested peddlers have been identified as Bijay Kumar Sahoo, Subhabrata Das, Prasanta Ku Sahoo of Puri, and Deepak Nayak of Kendrapada.

According to official sources, Nayapalli police conducted a raid at the Rental Colony after receiving a tip-off and caught the peddlers red-handed.

Besides, the cops also seized four mobile phones, Rs 10,000 cash and car from their possession. The approximate value of the seized contraband was estimated to be around Rs 10 lakh.

A case has been registered under relevant sections of the Narcotic Drugs and Psychotropic Substances (NDPS) Act, 1985, and further investigation is underway.

A WhatsApp number-7077798111 has been issued by the Bhubaneswar City Police for the public to provide information about the theft of mobiles, vehicles, gold/silver jewelry, and extortion or drug dealing.