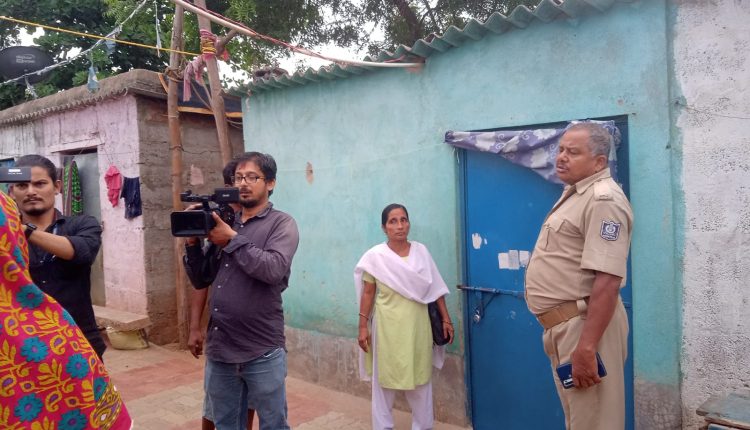 Bhubaneswar: A nine-year-old girl, who was allegedly kidnapped by the owner of the house where her parents were staying on rent, in the Odisha capital was recused by police with the help of Childline officials from Munda Sahi at Palasuni on Sunday.

The matter came to the fore when her parents approached the office of Deputy Commissioner of Police (DCP) on June 15, urging the cops to trace their missing daughter.

The raid on the landlord’s house under Mancheswar police limits proved futile as it was found locked. The couple was found absconding even on Saturday.

The victim’s father Santosh Pradhan said “Our landlord has no children. He used to take care of my daughter whenever I went to work.” It is learnt that the victim had been residing at the rented house with her father since 2018. “When I came to meet my daughter, I found her missing. The landlord had locked her house and taken my daughter to some other place,” the victim’s mother Mandodari Pradhan said.

After six days of search, the child was finally traced to Munda Sahi. The landlord and his wife argued that the girl’s biological father had her over to them and they have been looking after her as their own daughter for the last 2 years. After initial resistance, they agreed to hand over the child to Childine officials on the intervention of Mancheswar IIC, sources said.

Meanwhile, the child was produced before the Chairperson of Child Welfare Committee (CWC) and shifted to VJSS Open Shelter.  A full bench of CWC will decide on the plans to rehabilitate the child on Monday, the sources added.

The Crisis Of Truth

Agnipath: Candidates Must Give Written Pledge They Didn’t Take Part In Violent Protests