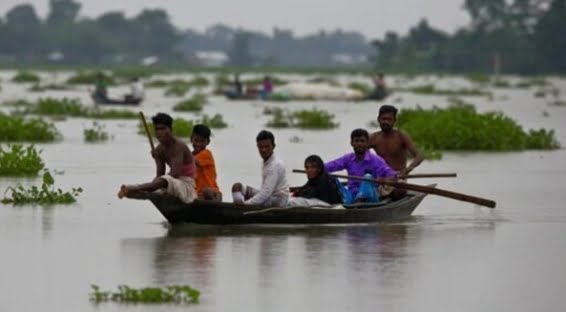 Kolkata: Floodwaters of the Brahmaputra river has entered 30 districts of Assam, including the Kaziranga National Park. Two one-horned Rhinos have drowned and 19 people have lost their lives so far.

Around 43 lakh people have been affected across Barpeta, Goalpara, Morigaon, Nagaon and Hailakandi districts, according to Assam State Disaster Management Authority (ASDMA) officials. Parts of Guwahati are also at risk of submerging.

The floods have cut off road connectivity to Upper Assam, and ferry services have been called off due to strong water currents, according to reports.

Around 83,000 people have been evacuated and moved to 183 relief camps.

Wild animals are reportedly moving towards the hills as 95 per cent of the Kaziranga National Park is flooded.

Things are also bad in Bihar where over 25 people have been killed with over 16 districts under water. Red alert has been sounded in Kerala as heavy rains continue to lash the southern state.

Schoolteacher Detained For Misbehaving With Girl Student In Kendrapara