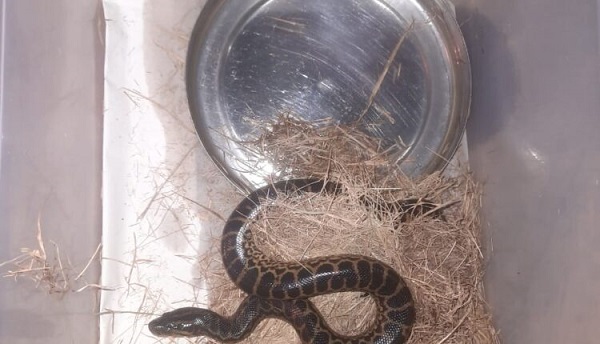 Bhubaneswar: In a first at the Nandankanan Zoological Park on the outskirts of Odisha’s capital, a yellow anaconda gave birth to a snakelet on Wednesday.

The snakelet has been kept in a separate air-conditioned enclosure. As an anaconda can give birth to 20 hatchlings at a time, zoo officials expect the yellow anaconda to give birth to more snakelets in the coming days.

With Wednesday’s birth, there are now six yellow anacondas at the Nandankanan zoo.

The zoo bought eight yellow anacondas from the crocodile bank in Chennai on November 28, 2019. But three of them died due to infection.