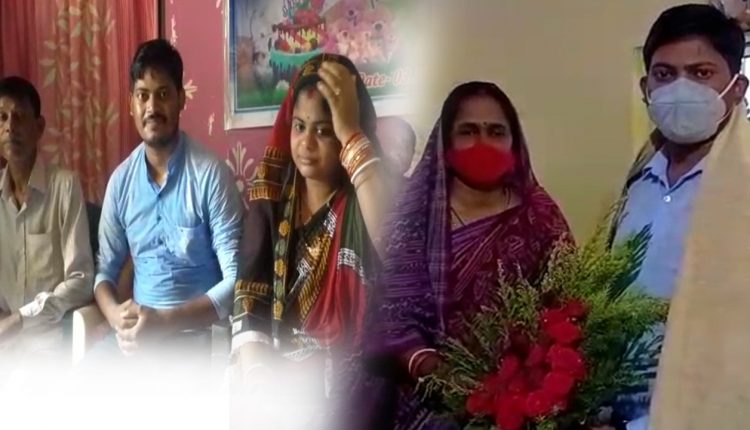 Malkangiri: Strong willpower and determination to succeed can take a person to dizzy heights in life. A youth of Kantia village in Jajpur district has proved this adage right.

Ashutosh Mallik who had started his career as a police constable in 2008 set his goal to become an Odisha Civil Services (OCS) officer. He spent several sleepless night to fulfil his dream of cracking OCS despite the professional hazards associated with his police job.

Currently posted to OSAP Batallion-IV in Malkangiri, Ashutosh could not take admission into a regular professional coaching centre for his civils, thanks to frequent transfers in his job. The publication of his OAS results has opened up the floodgates of accolades and greetings for him from all over the state.

The cop who constantly obeyed the orders of his bosses has ultimately groomed himself to become an officer by virtue of his hard work and dexterity. “The journey was quite arduous. It was a kind of determination that brought me to this stage. My first posting in 2008 as a constable in the hill terrains of Malkangiri did not dissuade me from my life’s goal,” asserts Ashutosh.

Ashutosh’s wife Ranjita Mallika’s joy knows no bounds. “Although he was promoted as an assistant sub-inspector, he did not lose track of his objective. He was transferred frequently from one station to another but no one found fault with his work. He constantly browsed Internet for his study materials,” avers Ranjita.

“Ashutosh’s hard work is an example for all other youngsters to emulate,” suggests Bari legislator Sunanda Das who reached his house to congratulate his parents.

On being contacted, Ashutosh’s father Ashok Mallik said, “He has been a studious child. His determination and sincerity gave him the results he deserved.”