A Nation In Churn: Being A Moderate In A Bristling Low-Trust Society 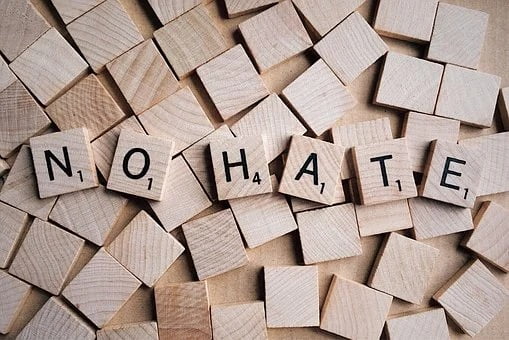 “I am rediscovering myself. And I am indeed amused by what I am,” says the friend without a trace of humour. Active in the social sector for long and now jobless, he is amazed by the new identities thrust upon him. “I am anti-national despite serving the nation lifelong as a social worker. I am anti-Hindu despite being a devout Hindu. I am pro-Left despite my deep dislike for their ideology. I am a Pakistani for reason I don’t quite grasp. I am anti-Army too. All this despite my being a big fan of Prime Minister Narendra Modi,” he stops, as if to recollect what other anti he is, and concludes wistfully, “These are interesting times indeed. It is never too late to know yourself.”

He is not troubled so much by the new identities he has to reconcile with as the fact that the labelling is done by people who have known him up close for decades. He is particularly hurt when his views, which used to be innocuous so far, are treated as some kind of a conspiracy against what others hold dear. He is put in a box quickly, from where any scope for explaining becomes impossible.

His predicament typifies a society low on the trust quotient. In a low-trust scenario, every other person is viewed with suspicion, every action is viewed through the prism of motives, and absolute loyalty to every stand is demanded. A middling position is certain to be construed as conspiratorial. Being a free-thinker, the friend above subscribes to no particular ideology. He is just guided by the sense of right or wrong and a moral compass which he believes is derived from his primary identities as an Indian, a Hindu, and the diverse experiences that the country nourishes him with. No wonder, he is a misfit in the current trend of polarised thinking.

That popular trust deficit in institutions, organisations and the people managing them runs deep in our country, we have discussed in an earlier part of this series. The rise of the new angry order is a reaction to whatever people perceive as dysfunctional as well as counterproductive. Such sentiments used to express itself through violent revolutions earlier, now it takes the democratic route, through popular mandate. However, the rising trust deficit within the society and among individuals and groups is a phenomenon that requires closer study. The hate element in it is of particular concern.

Earlier, when people lost patience with a political party, they punished it in the elections. Now it appears they have extended the vote of no confidence not only to the supporters of the party but also those suspected to be its secret symathisers. Those not in agreement with the approach of the Indian government towards Pakistan were tolerated and ignored; now they are branded anti-national. Same goes for the treatment of Hindus with moderate views. For approval of the in-group the yardstick has got revised. Claiming to be patriotic, Hindu or anything is not enough, it has to be expressed loud in terms of antagonism. Thus a Hindu has to be anti-Muslim, a nationalist has to be anti-Pakistan and politically neutral person has to be anti-Left or anti-Right. The line is drawn. One has to be with ‘us’ or ‘them’. The midway position is strictly unacceptable. Niceties of friendship and knowing someone are irrelevant.

Why must people be divided this way? It’s a time of churn. Maybe this is how the ‘new’ order operates in the transitional phase. The sense of insecurity is high and self-confidence of its adherents is low. It needs a large number of committed followers. Doubters and non-committal people are a threat to the cause because they can swing the other way anytime. Also, the ‘enemy’ must get the message that a compromise is not on the cards.

Of course, it is not exactly a happy situation for those who love being moderate and noncombative. There are just too many conspiracy theories going around, too much acrimony, too much illogic and too much unpleasantness. Once the capital of trust depleted, interpersonal relations go for a toss. This is fairly common within families and in friend groups. At the societal level, its long-term consequences can be disastrous. For a nation, a sharply divided population is hardly a good sign. Because it is much more than a statement of power equations. All activities within it require a great degree of mutuality and predictability of behaviour of which trust is the building block.

Viewed dispassionately, it is some kind of a zero-sum game where some have gained new identities while others have lost some. In all, no additional value to the society is created in the process. Perhaps it’s a phase. We shall be back being a high-trust society soon. The friend will no more be judged at every step. He will be back to being cheerful.

[This is the 10th part of our series titled Decoding Democracy]