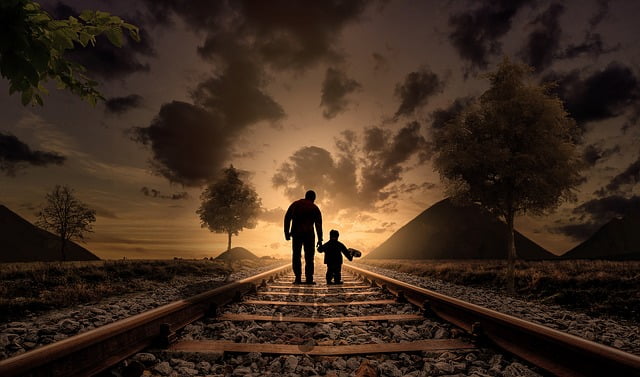 The Hebrew saying, “Say not in grief he is no more – but live in thankfulness that he was” could not have been more appropriate for all who knew Sri Pramod Panigrahi.

On Utkal Dibasa this year, I was reading one of his poems at an event in Delhi. I realized the lucidity of his thoughts and the uniqueness in spotting positivity in different life situations. This poem was about a lone survivor and his dog friend in Hukitola island off the coast of Bay of Bengal. The audience was awed by the romance in the situation and the depth of the presentation in the poem, in simple yet aesthetic vocabulary.

That was Sri Panigrahi, a silent aesthete and an unobtrusive patrician in everyday life. His official positions, widely appreciated prowess in profession and unique personality, notwithstanding for me he was a progressive father. One who completely understood the inter-generational changes and inevitable shifts in ‘ways of life’. He was my “father” when he ought to be and became my “friend” when he needed to be. This changeover is often found to be rare and holds the key to parents remaining relevant for the children. Many have described him as “progressive beyond his times”. For the family, he was far removed from pettiness. Never ever obstinate, he was my God and epitome of respectful Fatherhood.

Every night we listened to music together, discussed lyrics, compositions, background stories of films and sequences, interesting anecdotes involving politicians, executives, artists and what not. We had “our time” at eateries and pubs, chatting up on latest sartorial styles in vogue. I can see him waiting for me every night to talk to me before we hit the sack, together or long distance, immaterial. In one of his moods, he would play flute impromptu. He could play most of the instruments, naturally. With the family huddled around him, every note of the instrument would be analysed threadbare. I learnt early that a family is a meeting of minds and convergence of nuances. In fact, the soft power of a family and the indispensability of culture in life were imbibed silently, unnoticed.

He was my ‘serene’ idol. So accomplished was he that he could only be silent. Many acquaintances I know would often tell me that they dreamt of sitting in front of him or be in his vicinity and watch him. He had many admirers and they were awed because he spoke so much and exuded an aura, in his silence and composed demeanor. Self-effacing, beyond imagination, he made even the vacuous at ease with him.

Given the sobriquet of an “officer and a gentleman” his multi-faceted talents striding across legal services, theatre, poetry & literature, film acting, lyric writing is legendary and a rarity. Whether it was working closely with the Chief Minister Sri Biju Patnaik or penning beautiful poetry, he was quietly brilliant in his diverse avatar. He spent early college days in Ravenshaw “agami mess” with friends like Sri Manoj Das,  Sri Sarat Misra, Sri Girija Patnaik , Sri Amiya Tripathy, Sri Anant Mohapatro, and many more luminaries from various domains. His foray into the world of theatre and films began in Kolkatta with leading theater and film personalities like Pahari Sanyal. He concurrently worked in “Parinam” in 1965 as the lead actor, under the production of Kabiraj Krushna Chandra Tripathy Sharma of Aska who deviated from the trodden path and took amateur artists from all over Odisha to make his films. But even before that, he wrote the legendary lyrics of Manikajodi of 1963. Closely associated with Annapurna theatre movement in Cuttack, he has experimented in different formats of acting and direction with doyens like Babi, Dukhiram, Teema and all the leading lights of the era. Writing for Balakrushna Dash, teaming with Akshaya Mohanty, Parthasarathy Mohapatro resulted in terrific compositions which are classics forever. While he was seriously involved in performing arts, he was concurrently writing a lot which included poetry, stories and articles. He started writing in his college days and was recognized as Achiever – Young Talent in Bishuba Milana under the aegis of then Chief Minister Sri Mahatab, and is often considered as one of the leading writers of Odisha, remarkable for his diction and clear thoughts, who shunned publicity.

Widely known for his aesthetics, dignified conduct, his communication skills and depth in the subject matters have always been and would continue to inspire many new careers and initiatives.

He hailed from an illustrious family, led a privileged life but never succumbed to the trap of arrogance, self-publicity, the lure of corruption of mind and to the pitfall of power grabbing through guile.

Who says God isn’t there, I have lived with one and continue to do so.

Dignity consists not in possessing honors, but in the consciousness that we deserve them. ~Aristotle