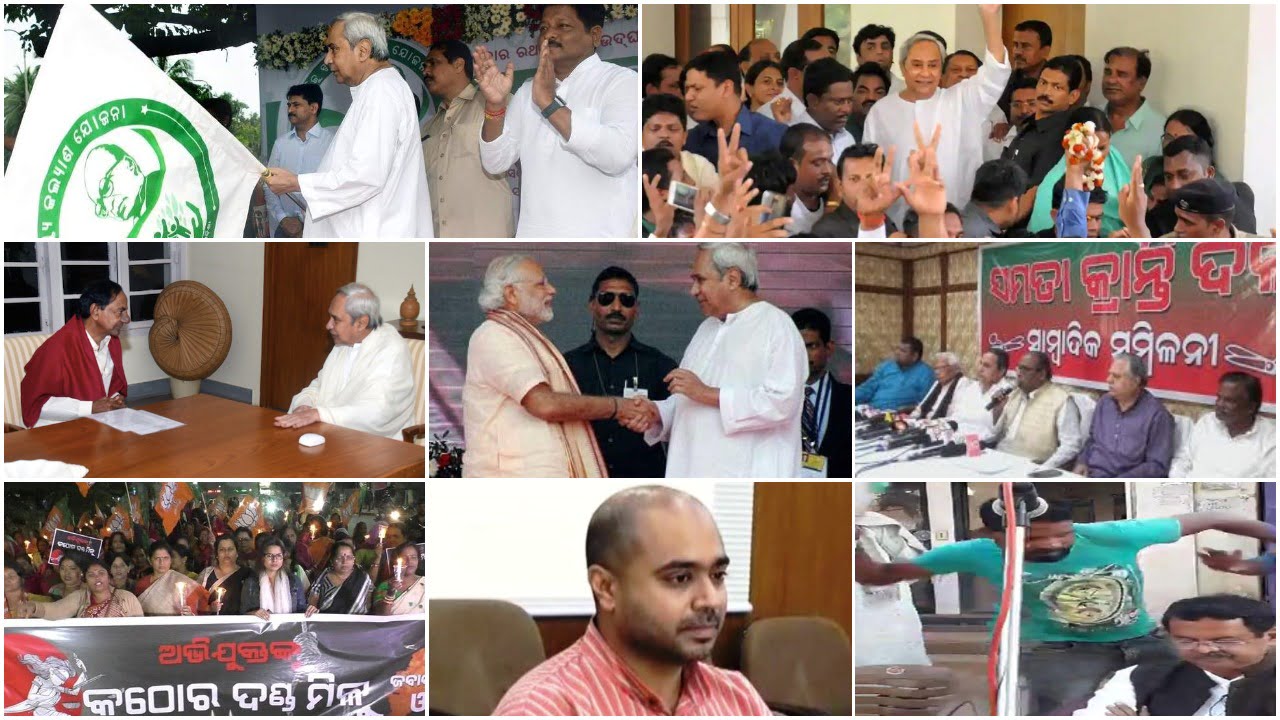 Bhubaneswar: High octane politics marked 2018 as major parties ramped up preparations for the general elections with focus on Naveen Patnaik-led Biju Janata Dal and the BJP which, fuelled by the chief ministerial ambitions of union minister, Dharmendra Pradhan , has begun to fancy its chances in Odisha. The year also saw populism scaling new heights and violence emerging as a political tool to silence critics.

The year had its fair share of faux pas and controversies, the most embarrassing of these coming towards the end with the state’s theatre-loving agriculture minister, Pradeep Maharathy seeking to justify the acquittal of the two accused in the Pipli gang-rape case. The opposition was quick to seize upon the opportunity even though Maharathy tried to make amends by offering an unconditional apology.

The year began on a high note for chief minister, Naveen Patnaik with his BJD snatching away the Bijepur assembly seat from the Congress in a by-poll in February. The bye-election marked by high voltage campaigning and a smattering of violence was also a prestige issue for the BJP but the party finished second far behind the ruling party.

The victory was particularly satisfying for Naveen as it demolished the hype around BJP’s performance in the 2017 zila parishad elections that saw the party bagging as many as 297 ZP seats, a quantum leap from the 36 it had in 2012. The BJP, which had been down in the dumps since 2009 following a painful divorce with the BJD, was perceived by many as being on the comeback trail in Odisha. The outcome in Bijepur blew that myth. That BJD was still the state’s most popular party was proved yet again in December when it snatched the Bijatala zila parishad seat from the BJP in a by-poll.

The rivalry between BJP and BJD got keener during the year with Congress, which technically remains the state’s main opposition party with 15 MLAs in the legislature, watching their duel from the sidelines. The misleading impression of bonhomie between the two parties created by BJD’s convenient walk-out in the Lok Sabha during the trust vote against Narendra Modi government in July evaporated as the war of words between the two sides escalated. While BJP president, Amit Shah, who paid several visits to the state during 2018, called upon his cadres to “uproot” the Naveen government Prime Minister, Narendra Modi was equally severe in his criticism of the state government at his May rally in Cuttack.

Modi toned down his attack only slightly during his last visit to the state on December 24 but Naveen, who already seems to have donned the battle gear, was in no mood to grant him any quarter. Instead of talking peace he struck a more aggressive posture demanding fiscal autonomy for Odisha on the 21st foundation day of his regional party. Significantly the demand came in the wake of Naveen’s one-on-one meeting with Telengana chief minister, K Chandrashekhar Rao aka KCR during which the two leaders discussed the broad contours of a federal front of regional parties.

The meeting with KCR boosted Naveen’s image as a regional satrap despite claims by Congress and the BJP that BJD would fall victim to the anti-incumbency factor in the 2019 elections. The Odisha chief minister, who has launched a slew of pro-people schemes, among them KALIA named after state’s presiding deity and PEETHA which is Odisha’s favourite pancake, has instead emerged as the poster-boy of pro-incumbency getting stronger with each passing day.

The year 2018 saw Naveen growing both in stature and confidence even as the war of words between BJP and BJD escalated over schemes like Biju Swasthya Kalyan Yojana and Ayushman Bharat and the state’s bid to have its own food security net. The two parties also engaged in a slugfest over the implementation of Pradhan Mantri Ujjwala Yojana.

While the ruling party formed Biju Yuva Vahini in a bid to woo the youth and sought to win over women by adopting a resolution in the state assembly seeking 33 per cent reservation for them in assemblies and Parliament it cast its vote catching net wider by extending the benefits of Madhu Babu pension yojana to a larger number of people and made available Rs. 5 meals to the poor in the evening time as well.

Political violence reared its head in a very different form during the year with Utkal Bharat president, Kharvela Swain being heckled and attacked more than once.

Yet another controversy erupted with police seizing the helicopter of former Kendrapara MP, Baijayant Panda, who resigned from BJD and Lok Sabha in the wake of his suspension from the party, for flying precariously low over the eco-sensitive Chilika lake. Delhi-based defence  analyst, Abhijit Iyer-Mitra landed in jail for making derogatory remarks about state’s art and culture. He also had to offer an apology for his insensitive comments about Odisha MLAs. His sympathisers sought to give the entire controversy a political twist as Mitra was one of the two passengers—the other being a Delhi-based journalist—in the chopper that Panda flew over Chilika.

The year also saw senior IAS officer Aparajita Sarangi opt for VRS and join the BJP amid much fanfare while Baiyant was left high and dry despite all talks about his leaning towards the saffron party.

The intra-party squabbling in the state Congress also come to fore with party leaders washing their dirty linen in the public. After senior leader Srikant Jena’s removal from from the poll manifesto committee of Odisha Congress, wars of words ensued between him and OPCC president Niranjan Patnaik. Name calling shamed the party while the leaders remained unrepentant.

Citing ‘no future’ in the party, former Union Minister and Congress leader Chandrasekhar Sahu along with Ganjam district president of Congress Bhagaban Gantayat and AICC member Bikram Panda had resigned from the party, earlier in March this year. They later joined the ruling Biju Janata Dal (BJD) in May.

Following their resignation, eleven corporators of Berhampur Municipal Corporation from Congress had also quit the party.

(The writer is a senior journalist based in Bhubaneswar)