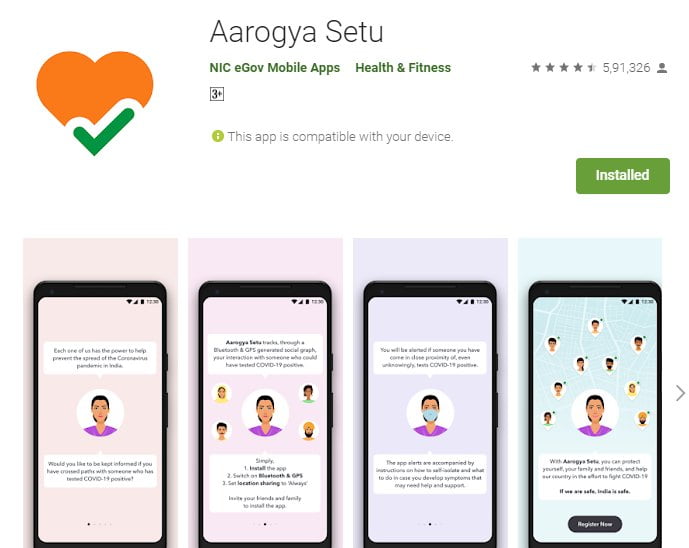 New Delhi: The government-owned Aarogya Setu application, has released a new update allowing users to delete their account and all the associated data stored in the application. The application has also added a new ability to use Bluetooth contacts to assess the risk level associated with COVID-19.

In an interesting change, users will have the option to approve third-party applications to access their health status. This new option can be availed through Settings, followed by Approval for Aarogya Setu Status. Turning on this new feature will allow external apps to access a user’s health status from Aarogya Setu. However, this feature is currently available only on iOS devices.

The other major change is that the latest update allows users to permanently delete their Aarogya Setu application account. This feature not only deletes the application from the user’s phone but also erases the entire application data from the phone.

While the new update lets users to permanently delete their account and erase the app data from their phones, the information will be stored in the government server for 30 days, said the report.

Tension In Ladakh: Srinagar Air Base Turns Into Logistics Hub