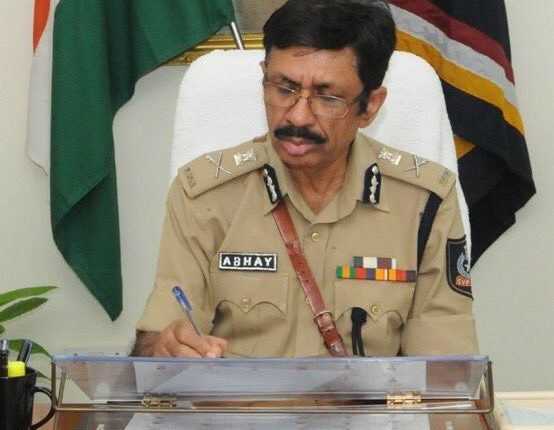 Bhubaneswar: On the recommendation of the Union Public Service Commission (UPSC), the Odisha government on Wednesday appointed senior IPS officer Abhay as the new Director General of Police (DGP) of Odisha.

DG Prisons Satyajit Mohanty has been posted as Special Director General (Intelligence) and will remain in-charge DGP till Abhay takes charge, a notification from the CMO said.

Sunil Ray, who is currently holding the post of  Director General (Intelligence), will replace him as DG, Fire Services and Home Guard, it added.

The UPSC had earlier prepared a three-member panel from a list of 17 senior police officers of four batches from 1886 to 1989 for appointment of the DGP and sent it to the state government on Tuesday. It included Abhay, Pradeep Kapur and Bijay Kumar Sharma, all 1986-batch IPS officers.

However, the state government picked Abhay and removed Sharma from the post after a probe was initiated against him for gross irregularities in allotment of fire safety certificates to industries during his tenure as DG, Fire Services, sources said.

Meanwhile, the government has formed a committee comprising Chief Secretary, Development Commissioner and Principal Secretary, Home Department, to probe non-compliance of instructions by the Directorate of Fire Services and circumstances under which applications for fire safety recommendations and certificate have been kept pending for long period.

Abhay had earlier headed the State Crime Branch. He also served as the chief of Narcotics Control Bureau and DG (Intelligence).

Miyawaki Method: Urban Forest To Come Up In Bhubaneswar