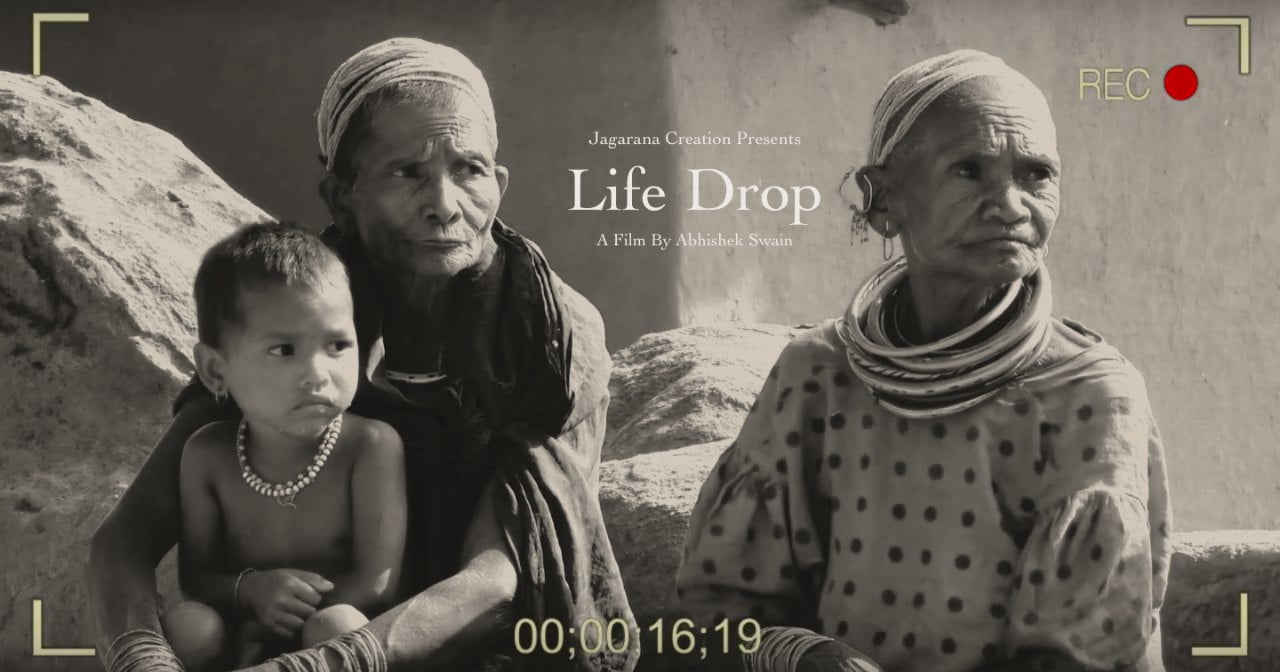 Bhubaneswar: Odia filmmaker Abhishek Swain’s silent short film ‘Life Drop’ was declared winner at the Global India International Film Festival in the advertisement category on Monday. It was screened at the National Film Archives of India in Pune on Saturday.

About the movie, Abhishek said, “A child dies every 30 seconds by consuming contaminated water in tribal areas, which is a matter of concern. I have portrayed the subject with the background sound of a timer referring to countdown,” said the self-taught young filmmaker.

The 30-second long film was shot in Bonda Hills in Koraput. He has compared the falling sound of water drops with the life of a baby.

“It took three days to take the varied shots showing the use of water. From bathing to drinking and cooking, the water they use for everyday life is the main reason behind child mortality, which I tried to reflect,” added Abhisekh.

He also said, “My film was rejected at a film festival in Odisha, as they could not understand the theme of my movie. But one renowned jury member suggested that I enter the movie in the National Film Festival.”

The film was released seven months back.

Abhishek passed his BTech this year but plans to make a career in films.

“I am now making a documentary on ‘Gotipua dance’ and will also make a feature film. After these projects, I will go to Mumbai to do a course in film making,” he said.

He was inspired to make films after watching the movie ‘Udaan’, by Vikramaditya Motwane.

“After watching ‘Udaan’, I thought that I too, have some stories to tell through the movies,” said Abhisekh.

“I usually give importance to pre-production and post-production, more than shooting. Jury members liked the edit part of the movie. I edit all my movies. Initially, I used a mobile phone to shoot my films. Now I use a professional camera,” he added.

It won the Best Film Award at the ‘Human Rights Short Film Festival’ held in Bangladesh in December 2018.

His film, ‘A Daughter’s Letter’ had also won the Best Film Award at Ignite Film Festival in 2018.

Another film, ‘Few Miles Away’ has been officially selected to be screened at ‘In-Short Film Festival’ in Nigeria.

Youth Drowns In Pond In Puri

Odisha Filmmaker’s ‘Through The Eyes Of An Artist’ To…

Short Film ‘Through The Eyes Of An Artist’ on Gotipua Guru…