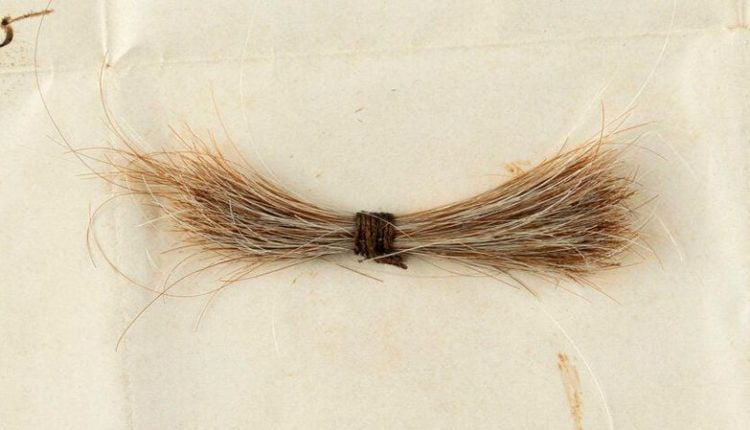 Boston: A lock of Abraham Lincoln’s hair measuring 2 inches and a blood-stained postcard announcing his assassination were sold for more than $81,250.

The auction took place at RR Auction of Boston over the weekend. The buyer’s information has not been disclosed.

The blood-stained telegram was addressed to Lincoln’s wife Mary Todd Lincoln’s cousin, Dr Lyman Beecher Todd. It was received in Washington at 11 pm on April 14, 1865.

The lock of hair was removed during Lincoln’s post-mortem examination. He was fatally shot at Ford’s Theatre in Washington DC by John Wilkes Booth.

RR Auction vouched for the authenticity of the hair and telegram. Dr Todd’s son James wrote in a 1945 letter that the clipping of hair “has remained entirely in the custody of our family since that time.”

“When you are dealing with samples of Lincoln’s hair, provenance is everything — and in this case, we know that this came from a family member who was at the President’s bedside,” Bobby Livingston, RR Auction’s executive vice president, said in a statement.

Mahatma Gandhi’s Statue Vandalised; Check Who Did It &…