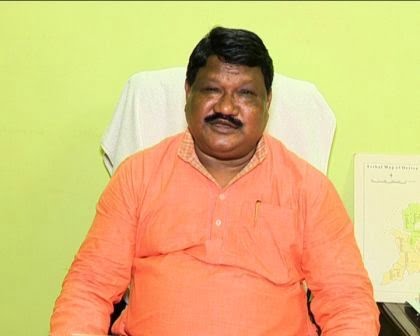 Rourkela: A BJP woman activist in Odisha has accused Sundargarh MP and former Union Minister Jual Oram of misbehaving with her and abusing her over phone. The woman, Gouri Mundari, has demanded an apology from the MP.

She said that she wanted to meet Oram to discuss the panchayat polls and as he was coming to Rourkela, she called him up to find out when she could meet him. Instead, the MP started abusing her, she alleged, adding that Oram used filthy and foul language against her that she cannot describe.

Mundari alleged that when she called again, a woman picked up the phone and tried to placate her, saying that Oram was in an inebriated condition.

“I demand an apology from him. He has no respect for women. He should learn to respect mothers and sisters. I have heard such complaints about him from others,” she said.

Audios have surfaced purportedly of Mundari’s phone conversation with Oram and the woman who later answered her call.

BJP’s Panposh organisational district president Latika Pattanaik claimed that Mundari created a ruckus after being denied a party ticket for the panchayat polls.

“She reached the BJP office with three others and ransacked it. We have informed the police and lodged an FIR. This is a conspiracy to defame Oram. It’s the BJD’s handiwork because of the polls. There is no truth in the audio recordings that have surfaced. It was planned to defame the MP and the BJP ahead of the elections,” she claimed.

Jual is heading the state BJP committee for panchayat elections.

Odisha Bytes tried to contact the MP to know his side of the story, but his phone was switched off.